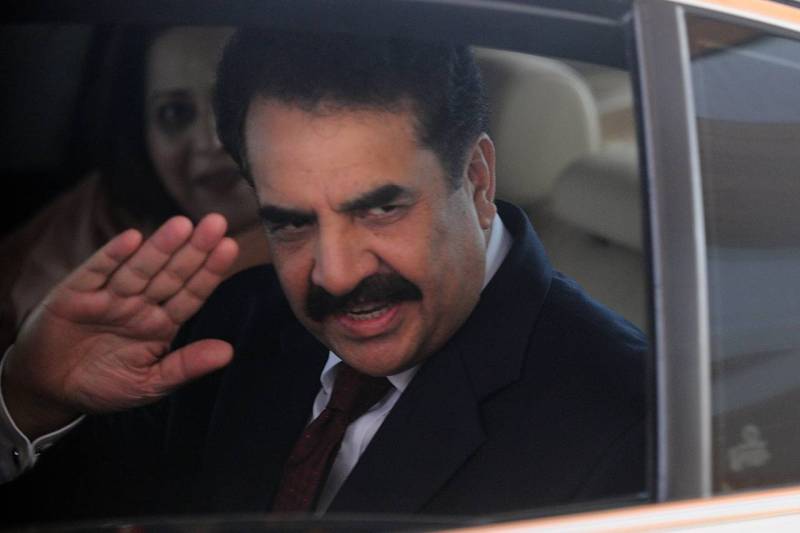 This is the first time that a former army chief of Pakistan has been invited to speak at the WEF. Earlier, Gen. (r) Pervez Musharraf addressed the forum, but in his capacity as the head of a state.

He is also expected to highlight Pakistan Army’s counterinsurgency operations and improved security environment in the country as well as in the region.

A WEF spokesperson confirmed that Gen Sharif, who enjoys an impressive record of successfully leading a war against terrorism, would speak at two sessions of the event to be held on January 17.

The session entitled “terrorism in the digital age” will feature debates on the “fragmented struggles” against Al Qaeda, the militant Islamic State group and Boko Haram; responsible leadership in international security; and resilience to the global network.

It will discuss ways to deal with terrorist organizations that are increasingly using sophisticated digital networks to signal allegiance to a wider movement, attack their enemies and manage resources.

The session will also be attended by Assistant Secretary-General of the United Nations and Executive Director of Counterterrorism Jean-Paul Laborde, Nigerian Vice President Yemi Osinbajo, Prince Turki Al-Faisal Al-Saud, and Europol Director Rob Wainright. Louise Richardson, vice-chancellor of the University of Oxford, will moderate the session.

Prime Minister Nawaz Sharif will lead the Pakistani delegation to the meeting, which will be chaired jointly by Brian T. Moynihan of the Bank of America, award-winning documentary maker Sharmeen Obaid-Chinoy, Helle Thorning-Schmidt, Frans van Houten and Meg Whitman.

The Davos meeting will also deal with issues like “A new security framework for Asia”, “Global security risk”, “Investing in peace”, “Future of warfare”, and “Harnessing regional cooperation in South Asia”.

Other participants from Pakistan will be Minister of State for National Health Services Saira Afzal Tarrar, Mosharraf Zaidi and Arif Naqvi.

More than 2,500 participants from nearly 100 countries will meet and participate in over 300 sessions.

Chinese President Xi Jinping will also attend the meeting and deliver a speech, offering Chinese remedies for the world’s economic ailments with a call for new world order.

The annual WEF meetings will start from November 17 and will continue for four days.