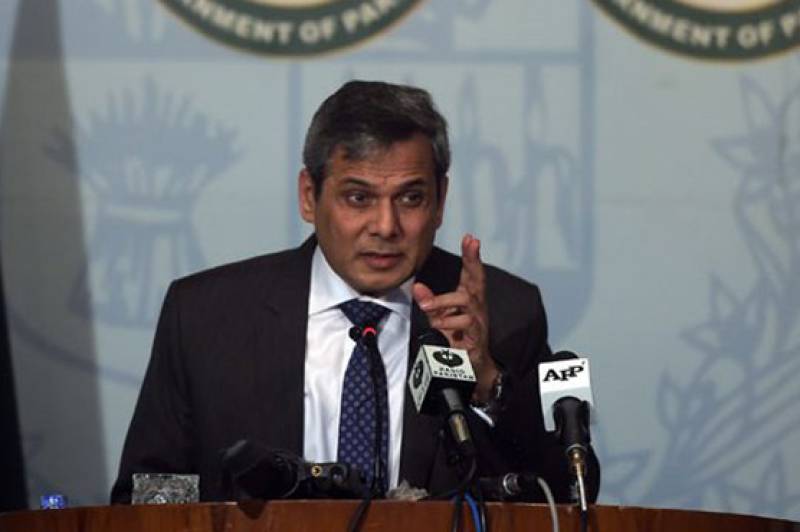 ISLAMABAD - Foreign Office (FO) has asserted on Friday that Pakistani soil was not being used against any country and refuted allegations of providing safe havens to banned outfits.

Spokesperson Nafees Zakaria in weekly briefing asserted that territory of Afghanistan is being used against Pakistan by the foreign powers.

Some days ago, blasts killed large numbers of people in Afghanistan. Soon after the blasts, a government spokesman in Kabul said the terrorists can carry out attacks inside Afghanistan whenever they wanted because Pakistan had provided them safe havens in Fata.

He said that Pakistan has faced huge economic losses in war on terror, besides sacrificing thousands of lives, adding that the US acknowledged Pakistan’s efforts against terrorism numerous times.

Reduction in militancy and improved security along Pakistan-Afghanistan border are factors were due to the sincere efforts of Pakistan Army’s indiscriminate action against militant groups, he said.

He highlighted that Operation Zarb-e-Azb is one of the reasons that helped lift Pakistan’s economic status in the world.

He revealed that several legislators and military officials of the US visited Federally Administered Tribal Areas (FATA) and hailed Pakistan’s counter-terrorism drive.

He said that Afghanistan is battling against many militant groups leading to instability that eventually creates vacuum for organisations like Haqqani network, TTP, TTA, Al-Qaeda, Jamaatul Ahraar and others.

He reiterated that National Directorate of Security (NDS) of Afghanistan and Research and Analysis Wing (RAW) of India still pose concerns for Pakistan.