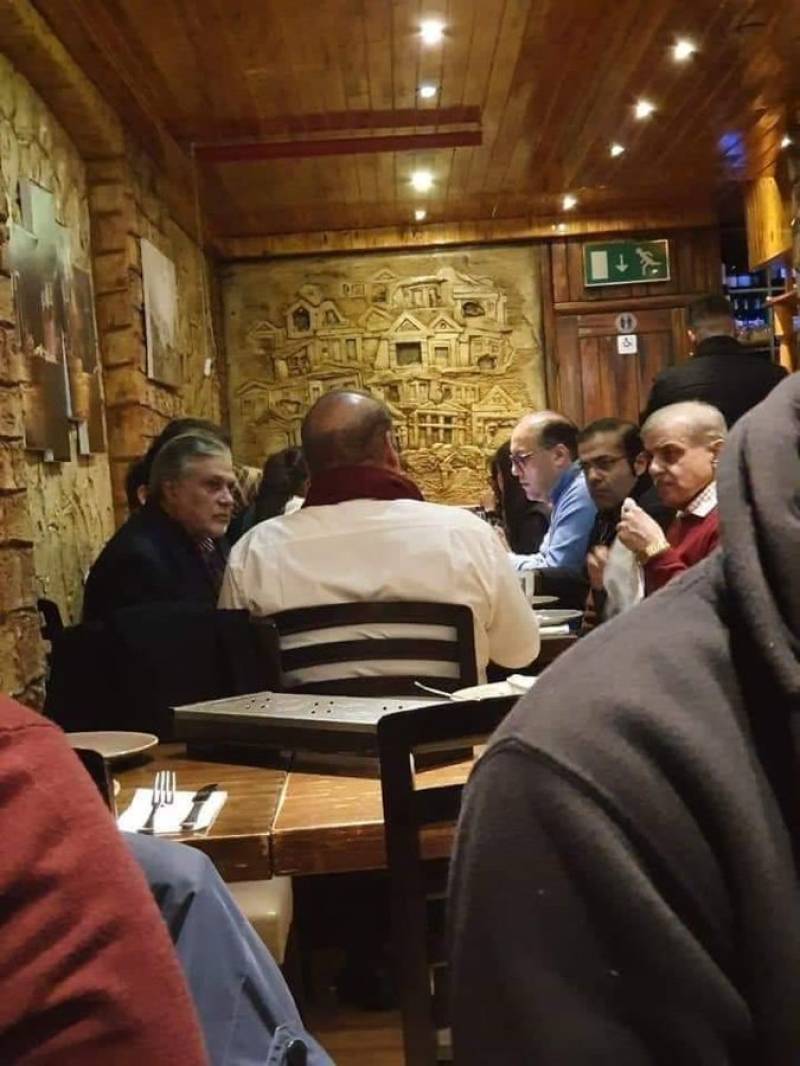 ISLAMABAD - An alleged picture of ailing former prime minister Nawaz Sharif of dining out with family members and friends at a hotel in London has ignited anger from members of the ruling Pakistan Tehreek-e-Insaf (PTI).

The ex-three time premier had flown to London following his deteriorating health condition due to various medical issues, including platelets disorder in November 2019. Members of Sharif family, especially former Punjab Chief Minister Shehbaz Sharif, have off and on been asking people to pray for the speedy recovery of Nawaz, terming his condition unstable.

Ailing Nawaz Sharif drew criticism after a photo showing allegedly him and other family members including Shehbaz Sharif, Hussain Nawaz, Ishaq Dar, having the dinner at a hotel in London surfaced on social media. All the attendees in the picture can be identified except one sitting on the head of the table but it is being alleged that he was Nawaz Sharif.

As the picture surfaced, Punjab Health Minister Dr Yasmin Rashid on the orders of Prime Minister Imran Khan contacted Sharif's personal physician Dr Adnan Khan and asked him to send the latest medical reports of the ex-premier, local media reported, adding that the PM had expressed anger after seeing the picture of Nawaz Sharif, who is supposed to be in hospital for treatment.

Federal Minister for Science and Technology Fawad Chaudhry also took a jab at Sharif family. "Scenes of a meeting in the intensive care unit of a London hospital, the treatment for binge-eating is underway with full concentration, all patients are feeling better," he wrote sarcastically in a Tweet.