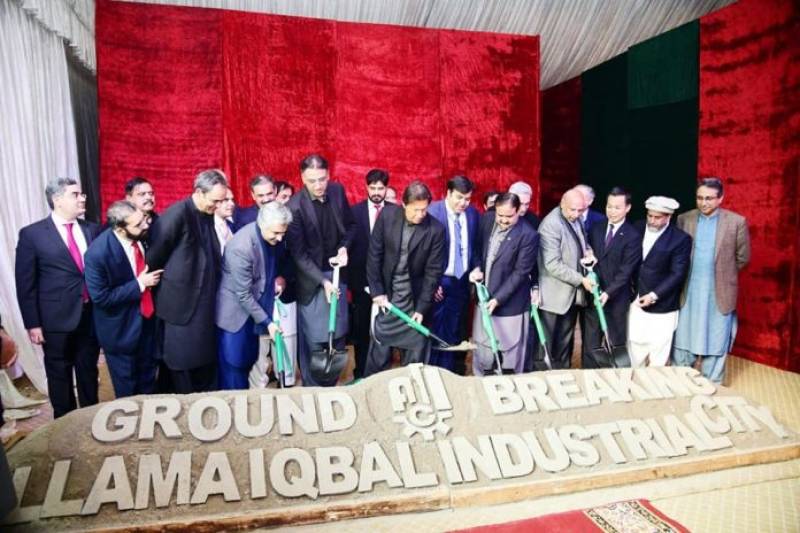 The project will not only contribute to the GDP and increase exports, but it will also encourage import substitution, according to a report of China Economic Net.

The central location of the city on the eastern route of CPEC along with its 4500 acres industrial estate located on the main M-3 motorway provides the ideal conditions for the setting up of new state-of-the-art industries.

The industrial city of Faisalabad meant for housing foreign and local investors besides giving impetus to economic activities in the country is a second mega-project of the Special Economic Zone of Faisalabad Industrial Estate Development and Management Company.

The first already existing “M-3 Industrial City” is spanning over an area of 4356 acres, located on Motorway M-3, near Faisalabad city. It offers one window operation, the most important need for the business community, saving valuable time and money of citizens.

This one-window operation included allotment of plots, provision of electricity, obtaining of NOCs/ permits/registration from different government departments and provides all possible facilitation until the enterprise comes into full production and afterwards.

Faisalabad has carved a niche as an industrial centre with its highways, railways, railway repair yards, processing mills and engineering works. It is a producer of industrial goods and textile manufacturing including cotton and silk textiles, superphosphates, hosiery, dyes, industrial chemicals, clothing, pulp and paper, printing, agricultural equipment, ghee (clarified butter), and beverages.

As an urban city, the economy of Faisalabad has relatively prospered. Faisalabad is hailed as the industrial belt of Pakistan and is home to the largest agricultural university in Pakistan and as well of Asia.

It is the country’s third-largest economic state and the Manchester of Pakistan in terms of Textile and its apparel products. The economy is also enhanced by Faisalabad’s historic and cultural importance.

Being the Textile Industrial city of Pakistan Faisalabad brings the city one of the largest development budgets in the country with heaving 5 billion USD exports from textile made-ups.

It is also the most advanced in terms of infrastructure, having extensive and relatively well-developed road links to all major cities in Punjab and KPK and Sindh through M-3, M-4, a rail link and an international airport.