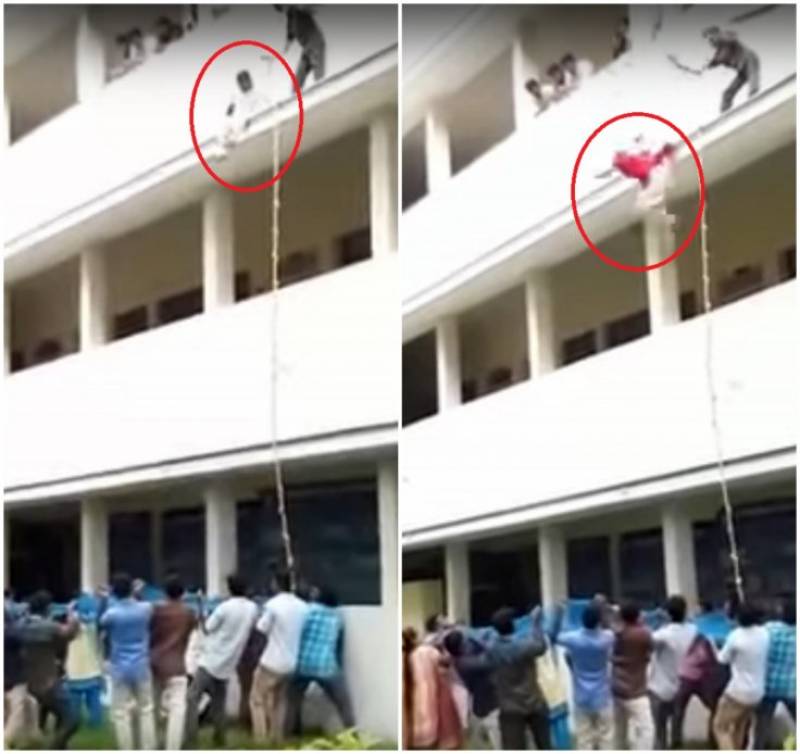 NEW DELHI - Indian police have arrested a drill instructor who pushed a university student from the second floor of a building to her death during a bungled training exercise, officials said Friday.

Horrified onlookers watched as the 19-year-old struck a concrete landing after being shoved off a ledge by the instructor.

A crowd of students positioned below with a crash net could only watch as the young student cracked her head violently in the awkward fall before tumbling to the ground.

The whole incident was captured on video and provoked outrage after the footage went viral on social media.

"We are investigating who organised the drill and we have arrested the trainer," a local police officer in southern Coimbatore city, where the accident occurred, told AFP.

"She sustained fatal injuries on her neck and head. The trainer has been charged with causing death due to negligence," said the officer, who requested anonymity as he was not permitted to talk to the media.