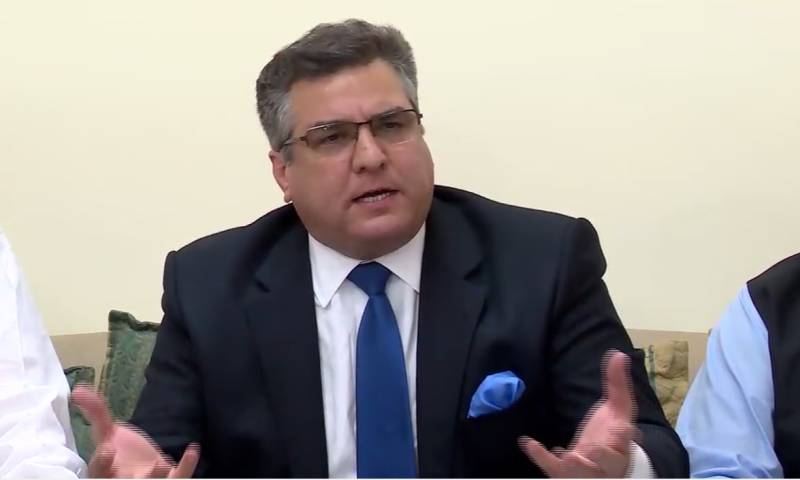 A three-member bench, headed by Justice Sheikh Azmat Saeed, and comprising Justices Mushir Alam and Mazhar Alam Miankhel took up the case against the minister. The court indicted the minister under Article 204 and contempt of court law 2003.

The apex court remarked that the federal minister has scandalised the judiciary, adding that Aziz intervened in court matters.

Justice Mushir Alam read the charge sheet for the accused minister, while Aziz pleaded no guilty to charges.

At the last hearing, the bench expressed dissatisfaction over the reply submitted by the minister in the case and fixed his indictment for March 13.

Counsel for the minister contended that the media reports of his client's 'anti-judiciary' speech were false.

“Media ran my comments out of context,” the Pakistan Muslim League-Nawaz leader stated, besides asking the court to take back the show-cause notice against him.

ISLAMABAD - The Supreme Court of Pakistan on Friday issued contempt of court notice to Federal Minister for ...

On Feb 2, the apex court issued contempt of court notice to Federal Minister for Privatisation Daniyal Aziz over anti-judiciary speeches.