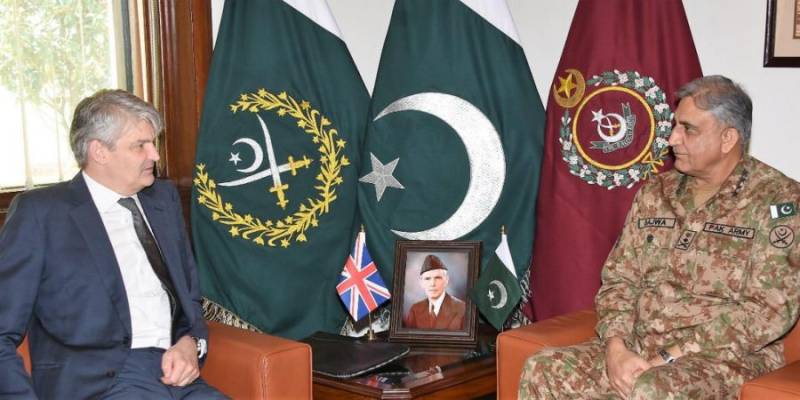 This expression was made by UK Permanent Secretary for the Ministry of Defence Stephen Lovegrove at a meeting with Chief of Army Staff General Qamar Javed Bajwa in Rawalpindi.

As per statement released by Inter-Services Public Relations (ISPR), the dignitaries exchanged views on matters of mutual interest, including bilateral cooperation and overall regional security situation.

The development comes in the aftermath of Pakistan-India standoff which intensified after the 14 February deadly Pulwama attack followed by Pakistan Air Force (PAF) shooting down two Indian fighter aircraft and capturing one of its pilot.

At the latest UK-Pakistan Defence Co-operation Forum, being hosted by Secretary of Defence Lt Gen Ikram-ul-Haq. My first trip to the country and some significant steps taken in strengthening our Defence relationship. pic.twitter.com/bayxdeQgh5