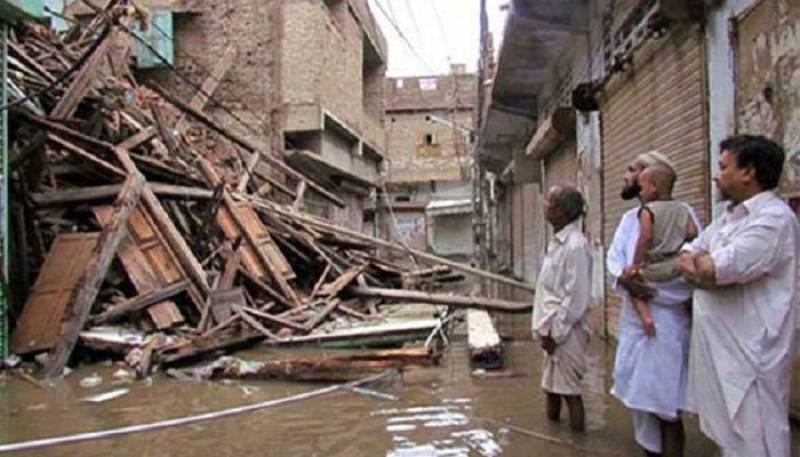 LAHORE - Eleven people were killed and 16 others got injured when rain wreaked havoc in Punjab and parts of Khyber Pakhtunkhwa (KP) on Saturday night.

According to media reports, at least eight people lost their lives while over dozens of citizens got injured after roof and walls of a shack collapsed in Bajaur Agency.

One man was killed in Nowshera after being struck by lightning. Similarly, in Bhakkar district of Punjab, a collapsed roof of a shack resulted in two dead and three injured.

In Swat, rain has resulted in roads turning into puddles where several cars were stuck.

Chichawatni, Hafizabad, and Sialkot also received rain which has resulted in the temperatures dropping in the cities.

In Gujranwala, 100 electricity feeders tripped resulted in public being without electricity for several hours.

In Karachi, the weather is expected to remain hot with the maximum temperature recorded to be between 35 – 37ºC for the next 24 hours.