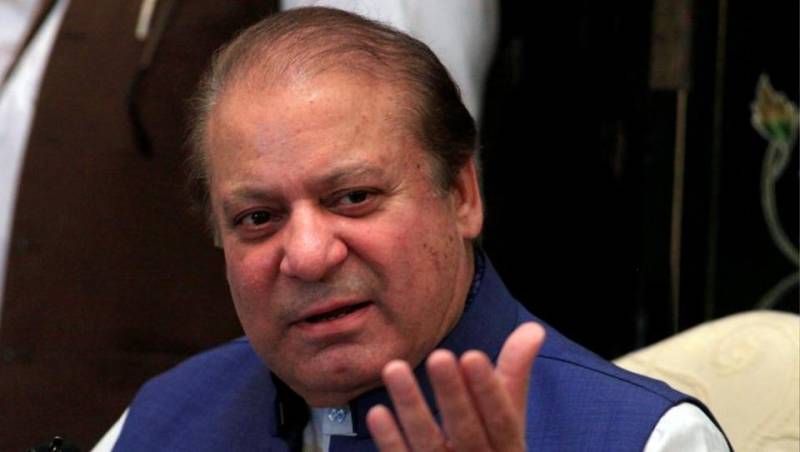 LAHORE - Pakistan's ousted prime minister Nawaz Sharif faces severe criticism from all quarters, including his own party supporters, for delivering a statement that has been spun by the Indian media as a tacit admission of Pakistan's involvement in the 2008 attacks that left 166 people dead.

Sharif, who has been disqualified to hold public office for life by the Supreme Court in the Panama Papers case, in an exclusive interview with Dawn on Friday slammed the slow probe and questioned the authorities who allowed the Mumbai attacks 'to take place from Pakistan soil'.

Referring to the pressure on Pakistan’s political regime to take swift action in this case, Sharif said, “It’s absolutely unacceptable. This is exactly what we are struggling for. President Putin has said it. President Xi has said it.”

Criticising the country's foreign policy, Sharif had added: “We have isolated ourselves. Despite giving sacrifices, our narrative is not being accepted. Afghanistan’s narrative is being accepted, but ours is not. We must look into it.”

Mainstream Indian news outlets, since the interview was published on Saturday, have been playing up Sharif's statement on the attacks as a 'confession' of Pakistan's role in the Mumbai incident.

"Former Pakistan Prime Minister Nawaz Sharif has tacitly admitted in an interview that Pakistan played a role in the 26/11 Mumbai terror attacks," wrote The Times of India.

Sharif’s comments led to sharp response from opposition parties who are accusing him of subverting Pakistan's interests.

Imran Khan said on Twitter, " Nawaz Sharif is the modern-day Mir Jafar, who collaborated with the British to enslave his nation for personal gains. Nawaz speaking Modi's language against Pak State simply to protect his ill-gotten Rs 300b stashed in his sons companies abroad."

Nawaz Sharif is the modern-day Mir Jafar, who collaborated with the British to enslave his nation for personal gains. Nawaz speaking Modi's language against Pak State simply to protect his ill-gotten Rs 300b stashed in his sons companies abroad.

Today NS stands exposed before the nation. To try & protect his wrongdoings he is not only willing to destroy all Pak State institutions, including army, NAB, SC, but also the future of our country. https://t.co/iRgVL0JoIW

The big question is: Why, when he was in power for over 4 yrs, & his puppet is still holding power today, he did not speak out and take action? https://t.co/drXm4GN83g

In a way, Imran Khan accused of Nawaz Sharif of being a sell-out and parroting PM Modi's language for securing personal interests.

Pakistan People’s Party (PPP) leader Sherry Rehman on Sunday slammed Nawaz Sharif for his recent remarks on the Mumbai attacks and said her party has strongly rejected his stance on the issue.

Addressing a press conference, the former Information minister said that the former prime minister’s statement compromised Pakistan’s narrative in the war against terrorism and demanded that he retract his remarks.

"PPP rejects Nawaz Sharif's statement and stance [on Mumbai attacks]. Is he [Nawaz] an analyst that he's giving out such statements?" she questioned.

Rehman, who is also the leader of the opposition in the Senate, said questions were being raised all around the world following Nawaz's remarks.

"Why didn't Nawaz also say that Pakistan tried [very] hard to cooperate with India in the Mumbai trials? He is simply backing Modi's [stance]," she continued.

The PPP leader vowed that "we would not allow Pakistan's honour to be violated and its narrative to be compromised."

Rehman said that the PPP wants the Mumbai trials to be taken to their logical conclusion and the perpetrators to be punished. Pakistan has tried to cooperate with India in the case from the start, she pointed out.

The United States also said Pakistan had no role in the Mumbai attacks, she added.

If anyone had any doubts about this man, Nawaz Sharif's sanity and desperation to save his wealth and from going to jail alongwith Maryam Safdar, his Dawn interview on the Mumbai attacks should be enough!

Following the ex-PM's controversial statement, netizens launched a hashtag '#Article6ForNawazSharif' on Twitter to criticise the ousted PM for his 'anti-patriotic' statement:

#Article6ForNawazSharif
Legally not employing article 6 right now is a failure of the state's writ so now we risk becoming a real failed state by not doing so.

3. 10 th may 2018 Article in Dawn by Cyril Almeida where Nawaz says Pak involved in mumbai attacks ?

However, the journalist termed it "fake news".

Former interior minister Chaudhry Nisar Ali Khan, weighing on the recent wave of discussion on the 2008 Mumbai attacks, remarked Sunday that the incident was used by India to malign Pakistan.

Nisar emphasised that the Indian government was to blame for the hold-up in the Mumbai attacks trial.

“India used the Mumbai attacks for its own despicable plans,” said Nisar, who has created differences with Nawaz over the role of Maryam Nawaz in party politics.

Nisar, under whose watch the Federal Investigation Agency (FIA) was investigating the Mumbai attacks, said that since the assault took place in the Indian financial capital, it was the Indian government which possessed "90 per cent of the evidence and facts" of the incident.

Despite repeated efforts, India refused to share those facts and evidence with FIA and the investigative committee formed by Pakistani courts, he claimed.

According to Nisar, there was no bigger evidence of the Indian government's lack of interest in taking the case to its end than its refusal to allow FIA to question the only living proof of the attacks: Ajmal Kasab.

Kasab was hanged in such haste, Nisar said, so that the Mumbai attacks could be used as a tool for "Pakistan bashing" across the world on political basis.

He claimed that although Pakistan had cooperated with the Indian government for information-sharing regarding every terrorist incident, India had not reciprocated for incidents taking place inside Pakistan, including the arrest of Indian spy Kulbhushan Jadhav.

The trial of Pakistani suspects in the Mumbai attacks case had virtually come to a standstill after the governments of Pakistan and India had a row over the testimony of 24 Indian witnesses.

In January 2016, the government contacted New Delhi, asking it to send the 24 witnesses to Pakistan to testify against the Mumbai attacks suspects, including the alleged mastermind of the attacks — Zakiur Reh­man Lakhvi.

Lakhvi, and the other suspects — Abdul Wajid, Mazhar Iqbal, Hammad Amin Sadiq, Shahid Jameel Riaz, Jamil Ahmed and Younus Anjum — are being tried by the Anti-Terrorism Court (ATC) in Islamabad since 2009. In August 2016, the Federal Investigation Agency also arrested Sufyan Zafar, the alleged financier of the attack.

At the time of the attacks, Lakhvi was believed to be the operational head of the banned Lashkar-e-Taiba (LeT) that has been accused by India of carrying out the attacks in India's financial capital. Lakhvi along with Zarar Shah was allegedly the key planner of the attack.

Though a prime suspect in the case, the Lahore High Court had released Lakhvi in 2015 after he furnished Rs2 million in surety bonds. The Indian government lodged a strong protest over his release; however, the Pakistani authorities demanded that India provide incriminating evidence against him so he can be held in jail and tried effectively.