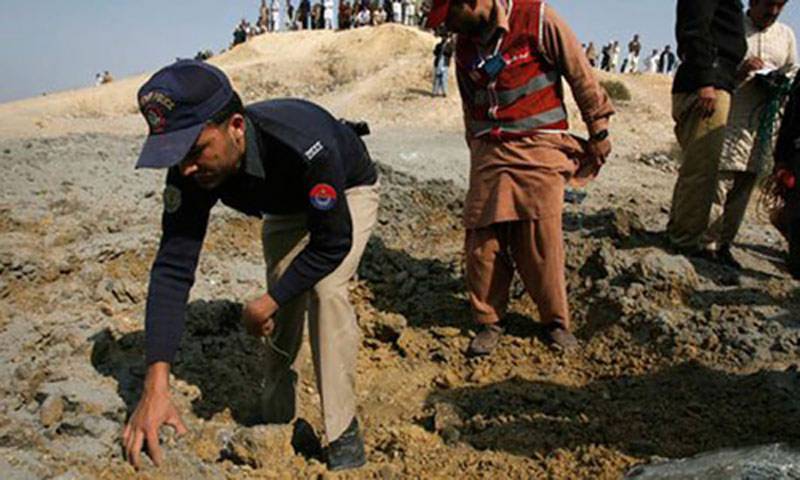 KARACHI - The blast at the Shah Noorani shrine in Balochistan on Saturday was conducted by a burka-clad suicide bomber, initial investigation has revealed.

The report confirms the attack was suicidal in nature and was carried out by a young man at 5:50 pm on Saturday. Investigative officials said the attacker looked of Afghani origin.

Also, it is revealed in the report that ball bearing was also used with explosives, whereas 9 to 12 kg explosives were used. Secret agencies had informed about two terrorists entered the country from Afghanistan and had alerted the institutions.

Balochistan’s home ministry has put the departments concerned on high alert, while an emergency has been imposed in the mountainous region around Shah Noorani shrine.

According to Online news agency, 12 Levies personnel were stationed in and around the Shah Noorani shrine at the time of the blast. There were no metal detectors and walk-through gates at the shrine.

The Islamic State terrorist group, also known by its Arabic acronym Daesh, claimed responsibility for the attack via Amaq, its affiliated news agency.

Officials confirmed that more than 50 people including women and children were killed and over 100 wounded while local media reported 62 people have been lost their lives in deadliest blast in the province.

Balochistan, which borders Iran and Afghanistan, is afflicted by Islamist militancy, sectarian violence and a separatist insurgency.

Local militants claimed to have worked with Daesh to attack a police academy in Balochistan last month, killing 61 people in the deadliest assault on a security installation in Pakistan’s history.

In August, a suicide bombing at a Quetta hospital claimed by the Islamic State group and a faction of the Pakistani Taliban killed 73 people.