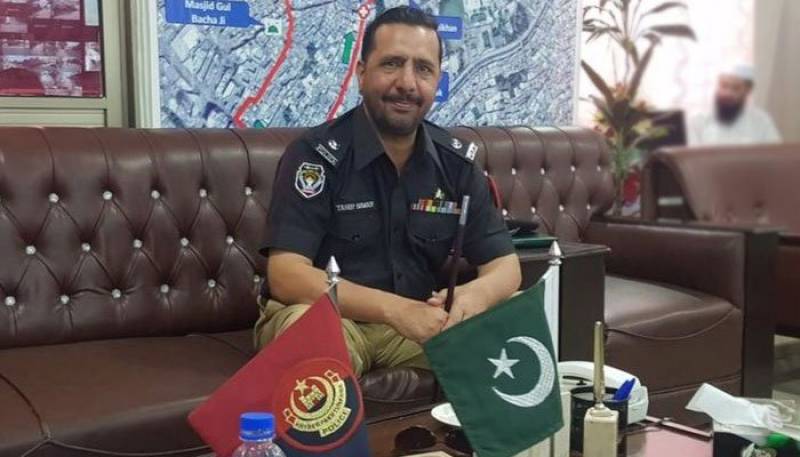 PESHAWAR - A senior officer of the Khyber Pakhtunkhwa (KP) Police, who had mysteriously “gone missing” from Islamabad, has reportedly been murdered in Afghanistan.

However, the federal government and police authorities on Tuesday said they had no confirmation regarding reports of the killing of Superintendent Police (SP) Tahir Khan Dawar.

On October 26, Peshawar Rural Superintendent of Police (SP) Mohammad Tahir Dawar had arrived in the federal capital after getting a short leave from his bosses. His cell phone had been switched off at around 8 pm and there had been no clue about him since after.

SP Dawar had gone missing from Islamabad on October 27. But speculation over the fate of the missing officer mounted on Tuesday when pictures of a dead body found in Afghanistan's Nangarhar province, purportedly that of Dawar started circulating on social media platforms.

According to reports, Minister of State for Interior Shehryar Afridi has refused to comment over the police officials’ alleged death in the neighbouring country and termed the incident as “sensitive.”

However, he has said that photoshopped images are shared over the internet to spread fake news. “A fifth generation and cyberwar have been imposed on us,” he added.

"It is a matter of national security and someone's life, and cannot be discussed on an open forum," Afridi said.