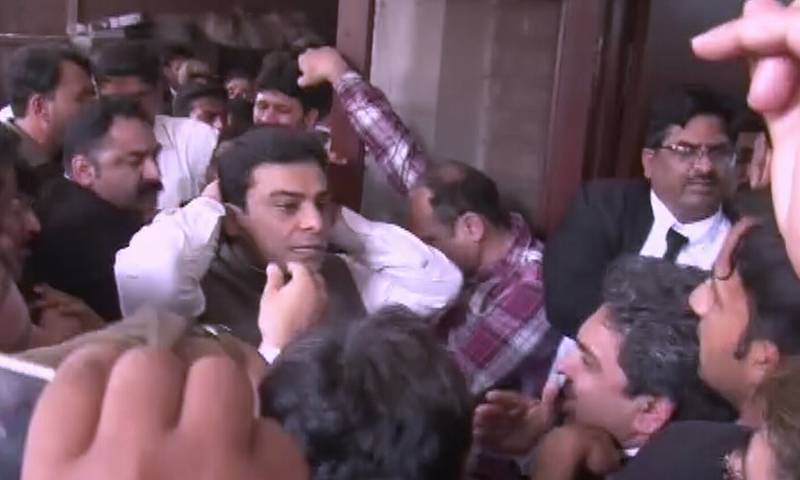 LAHORE - An accountability court in Lahore has extended judicial remand of Opposition Leader in the Punjab Assembly and Pakistan Muslim League-Nawaz (PML-N) leader Hamza Shahbaz till November 28 in the assets beyond means case on Wednesday.

Earlier on Tuesday, the court extended Hamza's judicial remand in Ramzan Sugar Mills case, against him and his father, PML-N President Shahbaz Sharif, till Nov 28.

During the hearing, Judge Amjad Nazeer and PML-N leader Hamza Shahbaz exchanged harsh words after the judge expressed resentment and directed Hamza Shahbaz to stand in the witness box in every hearing and told Hamza that he has not come in the court to hold a press conference.

"Next time, you will come straight to the rostrum," the judge directed Hamza.

The defence counsel sought exemption from personal appearance for Shehbaz Sharif, saying he had to appear before the Federal cabinet in Islamabad. The court allowed the request and adjourned hearing till Nov 28.

On April 9, the court had indicted Hamza and his father Shehbaz Sharif in the same case, however, both the accused had denied the charges against them.

Hamza is under the custody of the National Accountability Bureau (NAB) for making assets beyond his sources.