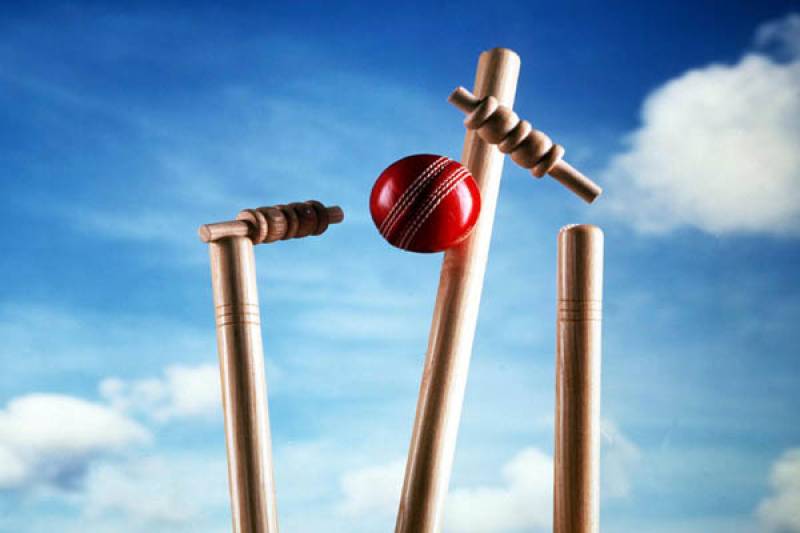 ISLAMABAD - Pakistan outplayed England by 8 wickets in the 2nd International Twenty20 on Wednesday leading the six-match series by 2-0 at Ajman Oval Cricket Ground in the United Arab Emirates.

Pakistan won the toss and elected to bowl first. England top order batsmen yet again failed against Pakistani bowlers who bowled with pace and variation and didn’t allow the English middle order to settle down. Badar’s fiery spell left England wobbling at 59 runs for the loss of 6 wickets in first 10 overs. Badar took 3 wickets for 24 runs.

Dan Field got out after scoring 5 runs, Sam Murray made 21 runs, Andy Powers and Peter Bulliet couldn’t open their accounts, Hollingsworth scored 5, Nathan Foy was caught at 8 runs, Ed Hossell the English Captain made 18 runs, Ameen sustained for his 14 runs, Jimmy went back to pavilion after making 2 runs, Josh Black scored 6 runs not out and England top scorer was Nathan Jamson, he remained unbeaten on 20 runs.

England posted 132 runs for the loss of 9 wickets in their 20 overs. The other wickets takers for Pakistan were Sajid Nawaz and Muhammad Shahzaib, they took 1 wicket each.

Pakistan while chasing, lost two early wickets for 16 runs on the board. Sanaullah was caught by wicket keeper after scoring 6 runs, Zafar Iqbal was stumped without opening his account on the very next ball. Jimmy Millard was the bowler who took 2 wickets in one over.

Two quick wickets gave England hope to pull things back, but the unbeaten 3rd wicket partnership of 118 runs by Anees Javed and Mohsin Khan turned the table on England. Pakistan hurried to target of 133 runs in just 13.1 overs for the loss of 2 wickets. Anees Javed was unbeaten on 55 runs and Mohsin Khan scored 50 not out.

Neil Bradshaw, the Disability Operations Manager England and Wales Cricket Board who was the guest of the occasion gave away man of the match award to Anees of Pakistan.

The third match between the teams would be played on Thursday.