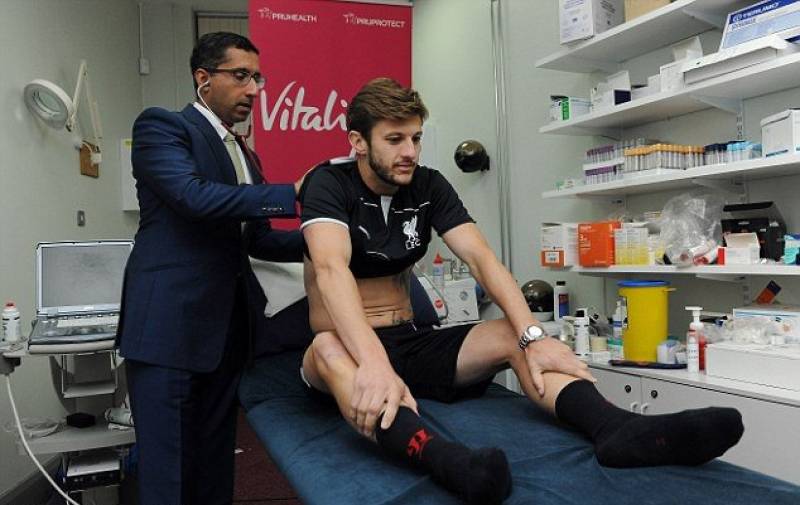 Iqbal has served as first team doctor with soccer teams including Liverpool FC from 2010 to 2015. He also provided his services to the Tottenham Hotspur and is currently affiliated with Crystal Palace team since July 2015.

Moreover, the medic has worked with some of world's top football players, including Steven Gerrard, Luis Suarez, Gareth Bale and Philipe Coutinho.

As Liverpool's first team doctor, Dr Zafar won the Asian Football Award. He has been promoting physical activity and a healthy lifestyle among the South Asian community for a long time now.

Welcoming the celebrated doctor, Peshawar Zalmi Chairman Javed Afridi termed the inclusion of Zafar as an asset for the team.

He hoped that Iqbal would add to the fitness and performance of Zalmi players in the future.

On the other hand, Dr Zafar in a video message thanked the administration of Zalmi group for posing confidence in him.

.@sportsdrzaf is excited on the prospect of working with us. We wish his team all the best for their game against Chelsea. #ZalmiLife pic.twitter.com/lRwbWJ4vpc

Peshawar Zalmi is one of the top teams that took part in the successive editions of Pakistan Super League.

The Peshawar Zalmi led by Shahid Afridi became champions in the latest, third edition of PSL concluded in March 2017.

After the victory, the Zalmi group extended its wings to explore international genre with the launch of Zalmi global and Benoni Zalmi.