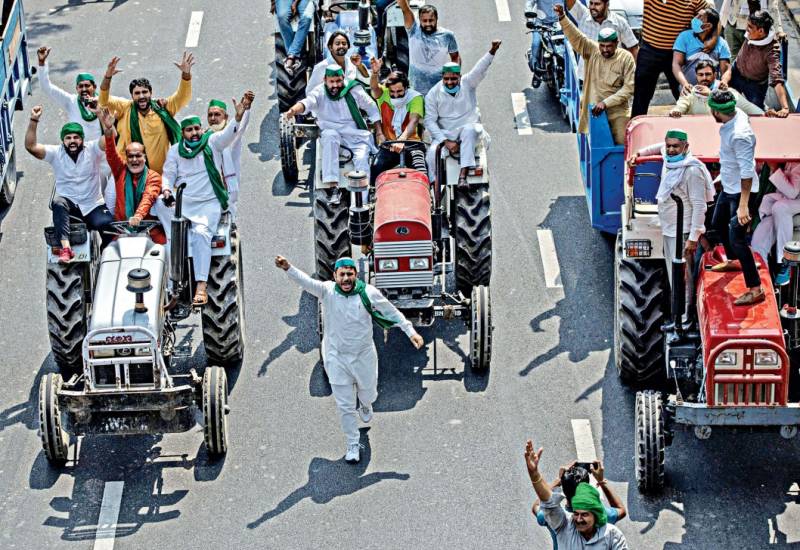 NEW DELHI - Famers in India have strongly protested against the newly introduced agricultural laws by the Modi-led government, terming them catastrophic for the whole country.

According to media reports, infuriated farmers protest in the Indian states of Punjab, Haryana and Uttar Pradesh and staged sits-in at railway tracks, disrupting railway services whereas the growing protests spilled into streets.

The farmers bitterly criticized Modi's policies and said that the government's economic, internal and external policies were proving disastrous for the country.

Moreover, after approval of the newly legislation, the movement for creation of Khalistan was gaining momentum in Indian Punjab and Haryana.

The protesting farmers termed the latest legislation a shabby attempt by the Indian government to suppress Sikhs' voices for the creation of Khalistan and against the ongoing injustices in the country.