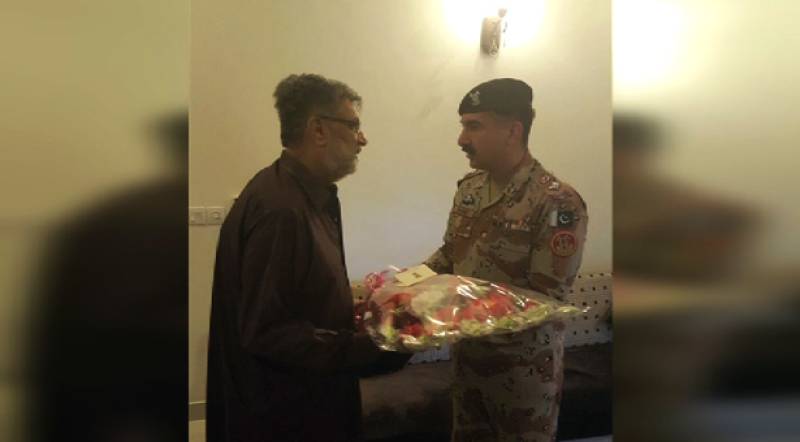 According to spokesperson of paramilitary force the personnel also presented a flower bouquet to MQM leader on behalf of Sindh Rangers.

The official assured Rasheed Godil that he will be provided with appropriate security.

Earlier on August 18 Rasheed Godil came under attack by unidentified assailants in Buhadarabar area of Karachi. He received as many as six bullets while his driver died on spot.