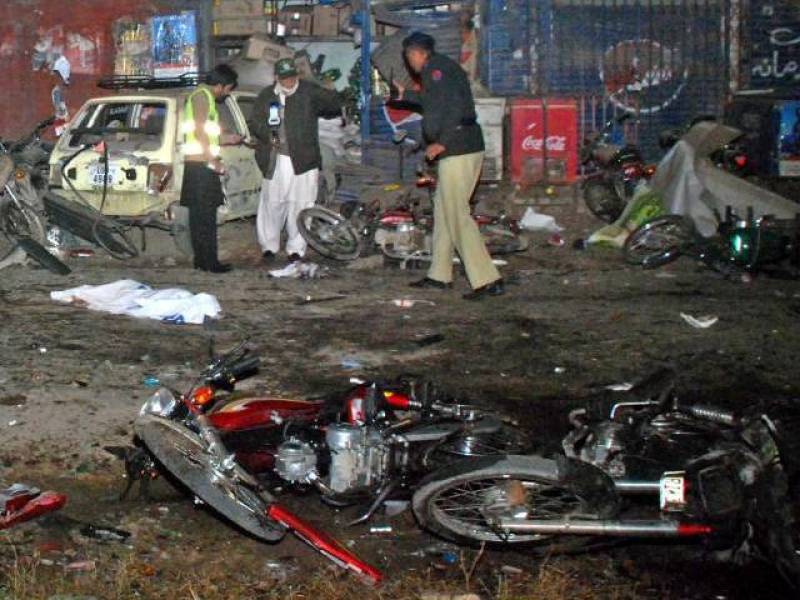 SHIKARPUR - At least 13 people, including five cops, were injured after one of the two suicide bombers struck the Eid congregation in a Shikarpur mosque, police said Tuesday.

Two of the attackers targeted an Eid prayer ground where one assailant blew himself up, injuring 10 people, two of whom were policemen. The other attacker fled, police sources said.

Two other attackers targeted an imambargah but were stopped by police at the entrance on account of appearing suspicious. One of the attackers blew himself up after he was stopped by guards for a search, whereas the other was arrested, police said.

The second attacker, a would-be suicide bomber, was shot and wounded at the scene, after which the officers arrested him.

On the other hand, according to the reports in local media, the second attacker was overpowered by the people and also tortured before handed over to the police.

Three police officers were wounded in the explosion. One of the wounded officers was reportedly in critical condition.

Those injured in the blast have been admitted to hospitals in Shikarpur for treatment.

Additional contingents of police have been deployed at the blast site.

No one immediately claimed responsibility for the attack.

Sindh Inspector General of Police AD Khawaja reached Shikarpur and inspected the blast site. He also visited the injured admitted in different hospitals. The IGP announced Rs1 million financial aid for those who were seriously injured.

Bakhtwar Bhutto Zardari took it to Twitter to appreciate the policemen who showed great courage.

Well done to the brave policemen!! prevented what could have been ? #Shikarpur https://t.co/I5OgZz4Gmq