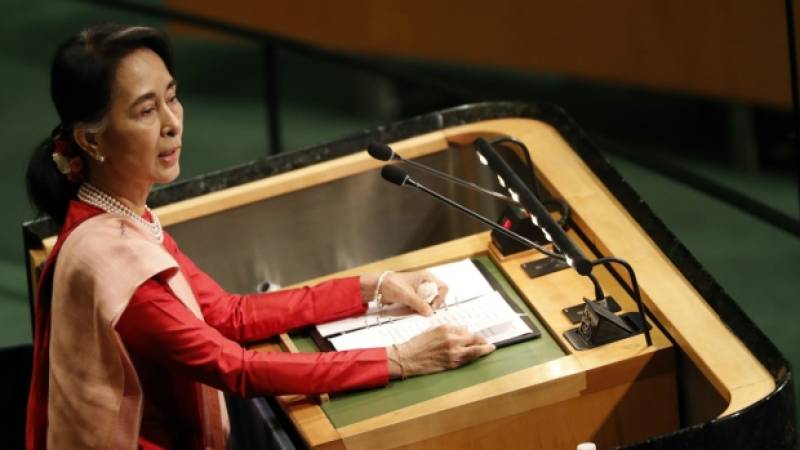 Zaw Htay did not explain the reason behind the move but added that the country's Vice President Henry Van Thio would attend the summit.

The United Nations General Assembly opened its 72nd session on Tuesday, with an emphasis on striving for peace and a decent life for all on a sustainable planet and it was believed that Myanmar's leader would attend the session next week.

Suu Kyi, now facing international condemnation for violence in the Rakhine state of Myanmar enjoyed widespread popularity ever since she waded through her political career to become the state counsellor of Myanmar.

She made her debut before the UN assembly last September, after becoming former junta-run Myanmar´s first civilian leader in decades, winning warm applause for her speech.

The now disgraced leader vowed to find a solution to ethnic and religious hatred in Rakhine "that will lead to peace, stability and development for all communities within the state."

The refusal of Suu Kyi to skip the session and instead send the Vice President to attend the moot comes at a time when UN human rights chief, Zeid Ra´ad Al Hussein, accused Myanmar of waging a "systematic attack" on Rohingya civilians and warned that "ethnic cleansing" seemed to be underway.