“I hereby resign from the post of official spokesperson to CM Punjab,” Gill stated in a handwritten note of resignation addressed to the chief minister. 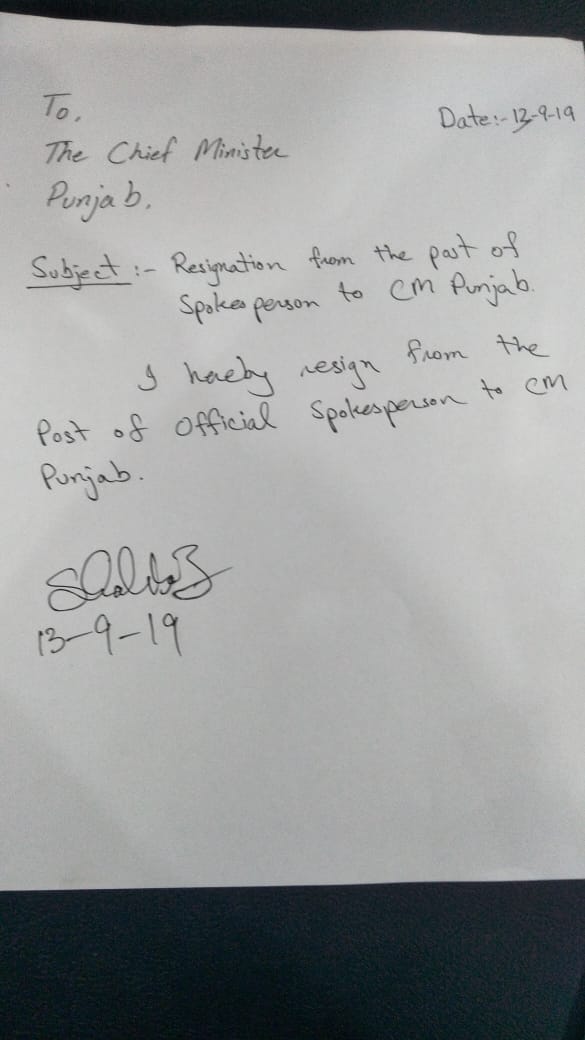 It came hours after Gill tweeted that he had taken an "important decision" in Friday morning. "Will share with you soon," he wrote.

This morning took an important decision. Inshallah will share with you soon.

Earlier this month, Dr Shahbaz Gill had come under fire for comments that labelled lady constable Faiza Nawaz as "emotional" and touted "misinformation" and "provocation" pertaining to a case involving Nawaz.

Dr Shahbaz Gill was speaking to Geo News about how Ahmed Mukhtar Advocate, a lawyer intoxicated on power, had violently slapped Constable Faiza Nawaz in public, but the court approved his release on bail.