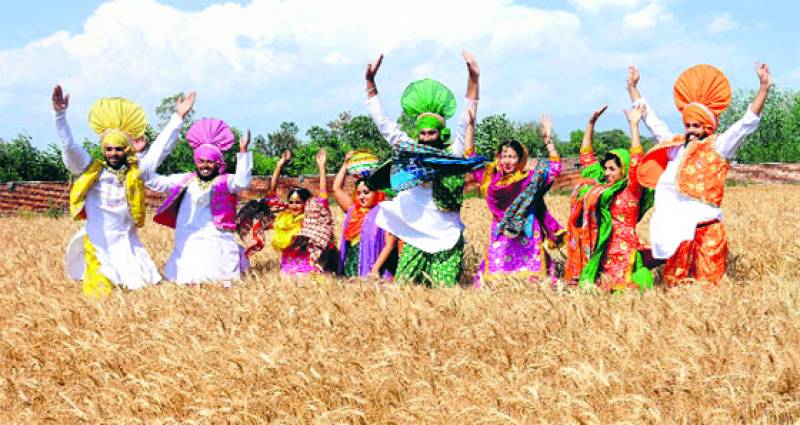 RAWALPINDI – The three-day Baisakhi harvest festival concluded Sunday, with thousands of pilgrims from across the world bathing and worshipping at a pond at Gurdwara Punja Sahib in the town of Hasanabdal, outside Islamabad.

Some 2000 Sikhs travelled Pakistan from neighbouring India despite recent tensions between the two nuclear-armed rivals. Sikhs are a small minority in Muslim-majority Pakistan, but many Sikh holy sites ended up in the country after the 1947 partition from India following independence from Britain.

Addressing the concluding ceremony titled "Bhog Akhand Paath Sahib" at the Gurdwara, Prime Minister's Adviser on Climate Change Malik Amin Aslam said that the PTI government is committed to providing equal rights to minorities of the country, considering them as equal citizens.

He said Prime Minister Imran Khan sent across the message of love for Sikh community by providing the opening of Kartarpur corridor.

Malik said that jungle in the name of "Baba Nanak Nature Reserve" is being established at Nankana Sahib over 2500 acres of land retrieved from illegal occupants.

Similarly, Baba Guru Nanak Dev University has been announced by the PM, he said.

Malik Amin Aslam said that all these steps suggest that the government is serious to provide maximum facilities to minorities in Pakistan.

Speaking on the occasion, Parliamentary Secretary for Religious Affairs and Interfaith Harmony Aftab Jahangir said: “We want to give a message that every citizen in Pakistan equal rights”.

He said Prime Minister Imran Khan wants to do politics of love and harmony and his initiative of the opening of Kartarpur corridor reflects the same.

He invited Sikh community belonging to all parts of the world to invest in Pakistan and explore beautiful tourist attractions in the country.