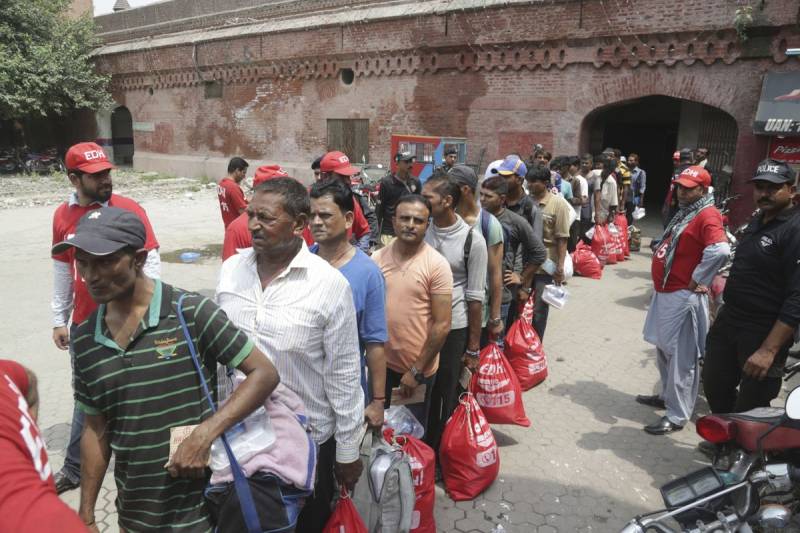 LAHORE – Pakistan has released the second batch of Indian fishermen as a goodwill gesture.

The 100 Indian fishermen were released from Karachi Jail on Sunday.

They will be taken to Lahore and handed over to Indian authorities at Wagah Border later today. These fishermen had been arrested for illegal fishing in Pakistani waters.

As a goodwill gesture amid tense situation with India, Pakistan had announced to release 360 Indian prisoners including 355 fishermen and five civilians during the month of April.

The prisoners are being released in four batches, scheduled as 100 each on April 8, 15 and 29 while 60 prisoners including 55 fishermen and five civilians will be freed on April 29, Foreign Office Spokesman Dr Mohammad Faisal said at his weekly press briefing.

He said the decision had been taken for 360 out of the total 537 Indian prisoners, who had completed their sentence.

"Pakistan expects that India will reciprocate the gesture to release 347 Pakistani prisoners including 249 civilians and 98 fishermen, currently languishing in Indian jails," he said.