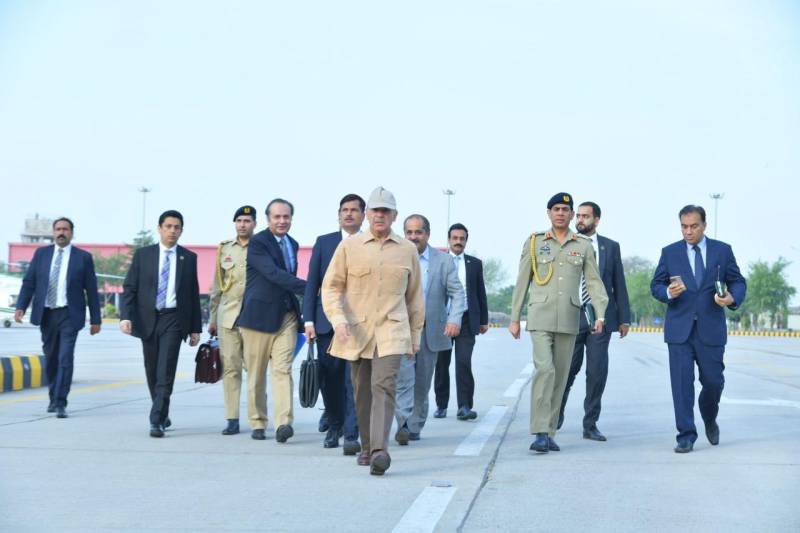 The newly-elected premier issued the directives during his early morning visit to the Metro Bus Service in the federal capital where he was briefed by the CDA and NHA officials on the project.

He regretted the delay of four years in the completion of the project, which was launched former premier Nawaz Sharif in 2017 and scheduled to complete in 2018.

Prime Minister Mian Muhammad Shehbaz Sharif visited Peshawar Mor Metro bus station at 7:00 am to review the on-ground progress. The project initiated by PML-N in 2017 was planned to be completed in 2018 but delays occurred. The PM has ordered an inquiry into the delays. pic.twitter.com/UNphWm2m1C

He directed CDA to make the Islamabad Metro Bus Service functional from April 16 in order to facilitate the people travelling towards the airport.

He expressed dismay over delays in the project terming it severe negligence as Rs16 billion have been spent on the project so far.

He also ordered officials to prepared a feasibility study as per Public Procurement Regulatory Authority (PPRA) rules for two additional routes, namely from Rawat and Bhara Kahu, connecting the airport.

PM Shehbaz Sharif said that racks will be installed in the buses to accommodate the luggage of passengers travelling to the airport.

Prime Minister has ordered free metro service for the citizens of the capital during the month of Ramadan.

After assuming office on April 11, the new premier had ordered to make functional the Islamabad metro bus service within five days.

KARACHI – Prime Minister Shehbaz Sharif has stressed the timely completion of key development projects in the ...