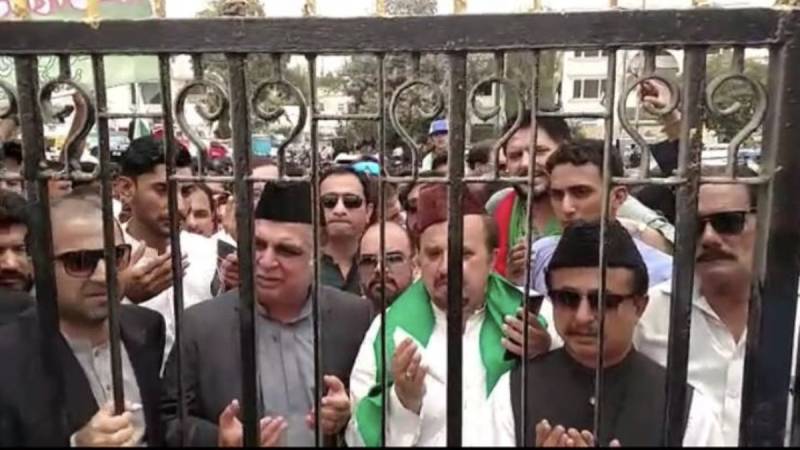 KARACHI - Pakistan Tehreek-e-Insaf’s (PTI) governor-designate for Sindh, Imran Ismail claimed on Tuesday that he was denied entry to Mazar e Quaid, where he had to offer Fateha (prayers).

The PTI leader deplored the denial and tweeted that the PPP delegation led by Chief Minister was permitted to enter the premises with full Protocol.

The upcoming Governor ended his tweet with a message that 'we just talked about demolishing the wall(s)' in a reference to recently-debated remarks of Imran Khan wherein he had vowed to ‘bulldoze walls of governor houses in Pakistan.

Pakistan is marking its 72nd Independence Day today and political leaders and important figures pay visits to Mazar-e-Quaid in Karachi to pay homage to the founding father.