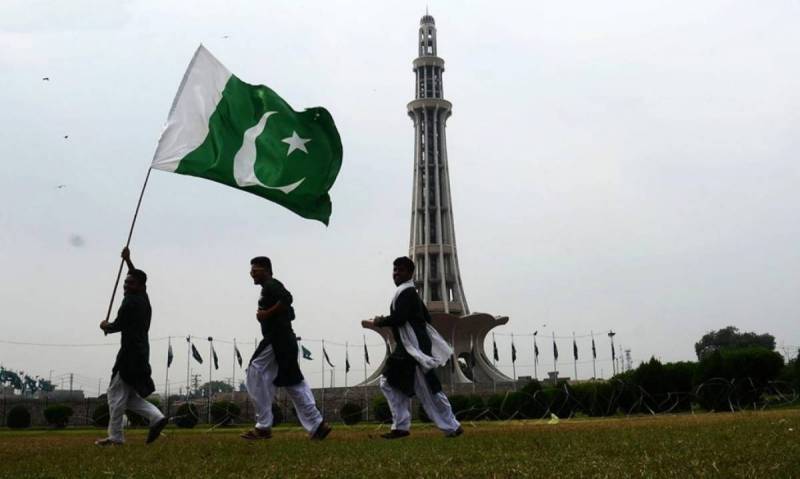 ISLAMABAD – The nation is celebrating today the 76th Independence Day with traditional zeal and fervour across Pakistan.

In his message to the nation, President Dr Arif Alvi urged the nation to remain steadfast and work wholeheartedly for the development and progress and prosperity of the country.

“We need to remain united to overcome financial, economic and security challenges faced by the country. Let us pledge that we will remain steadfast to render any sacrifice for the dignity and self-respect of our people and greatness and glory of our beloved homeland,” the president said.

President Alvi stressed that they should not forget their oppressed brothers and sisters of Indian Illegally Occupied Jammu and Kashmir (IIOJ&K).

Prime Minister Shehbaz Sharif, in his message on Independence Day, said that nothing is more dangerous for a nation than internal division, disruption and chaos for such negative forces undermine the solidarity and integrity of the country and rob societies of their national purpose.

Former president and PPP leader Asif Ali Zardari said that the supremacy of elected parliament of the people is essential for a free, independent and dignified Pakistan. “Now the time has come to make sustainable decisions for the country and the nation by fully implementing the Charter of Democracy.”

PML-Q President and former prime minister Chaudhry Shujaat Hussain said that today the entire nation is celebrating Independence Day with enthusiasm but we should never forget that today Pakistan is facing challenges on internal, external, ideological and geographical fronts.