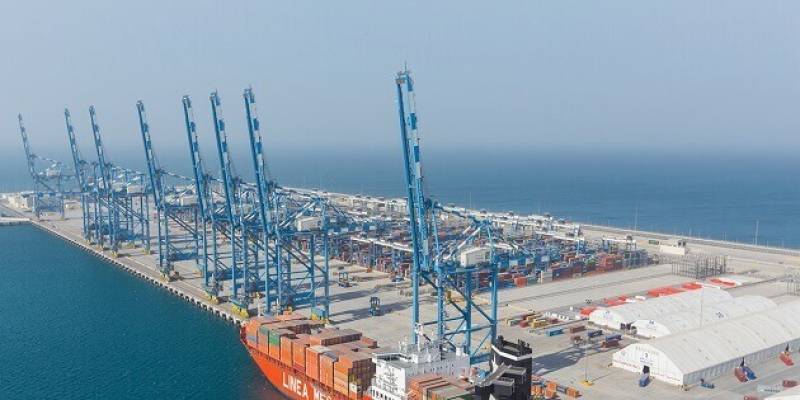 ISLAMABAD - A Memorandum of Understanding (MoU) is likely to be signed between Pakistan and Saudi Arabia in February for the establishment of a mega oil city at the Gwadar deep seaport city, an ultimate destination of the China-Pakistan Economic Corridor (CPEC).

Prior to signing the agreement, a high-level Saudi delegation headed by Minister for Energy, Industry, and Minerals Khalid Abdul Aziz D Al Falih visited the port city on January 12 to inspect the site for a proposed oil refinery and review necessary arrangements for the MoU, official sources told APP.

They said Chief Executive Officer of Aramco Associates Company Al Buainain Ibrahim Qassim was also part of the delegation. The company will construct a petrochemical complex which will house the multi-billion dollar oil refinery.

As per the plan, the oil city would be constructed on around 80,000 acres land with the purpose to refine and store imported oil for onward transportation to China using the CPEC route, besides developing the fuel supply chain for the landlocked Central Asian states.

The fuel transportation to China via Pakistan would take just seven days as an import through western China takes almost 40 days. “Currently, oil vessels take 40 days to reach China, while through Pakistan the oil supply will reach China within seven days,” the sources said.

Federal Minister for Petroleum and Natural Resources Ghulam Sarwar Khan, who had received the Saudi delegation in Gwadar, had described the refinery a "state-of-the-art facility". He said it would be the biggest investment of Saudi Arabia in Pakistan.

During the visit, Saudi Minister Khalid Abdul Aziz D Al Falih highlighted the strategic importance of the Gwadar port, saying that it would become the economic hub in the region after completion of the CPEC.

Replying to a question, the sources said the government was making all-out efforts to upgrade existing oil refineries and establish new deep conversion facilities to achieve self-sufficiency in this sector.

“For the purpose, the government has recently banned the import of furnace oil and announced unprecedented incentives package for setting up new deep conversion oil facilities,” they said.

The government, they said, had advised the existing oil refineries to enter into commercial agreements with power producers for utilization of their capacity for furnace oil storage and modernization of their facilities.

The sources said an unprecedented incentives package was in place for setting up new deep conservation oil refineries, under which interested parties were exempted from all duties, taxes, surcharges and levies on import besides a 20-year income tax holiday.

“The exemption will be applicable on all machinery, vehicles, plants and equipment, other materials and consumables for setting up, operation, maintenance and repair of a refinery,” they said.

The package, the source said, would also be applicable on existing facilities where refining capacity was expanded by installing deep conversion units with a capacity of at least 100,000 barrels per day (bpd) oil.

To another question, they said in June 2015, the Byco Petroleum Company had established the country's largest production unit, having a refining capacity of 120,000 bpd oil, in Balochistan, adding that Trans-Asia, a private sector petroleum company was also planning to set up a refinery with the capacity to develop 100,000 bpd oil.

They said local as well as foreign investors were reposing full confidence in prudent and business-friendly economic policies introduced by the government and making investments in the energy sector.

Presently, around six oil refineries are operating in the country and the government is working for their up-gradation on modern lines.