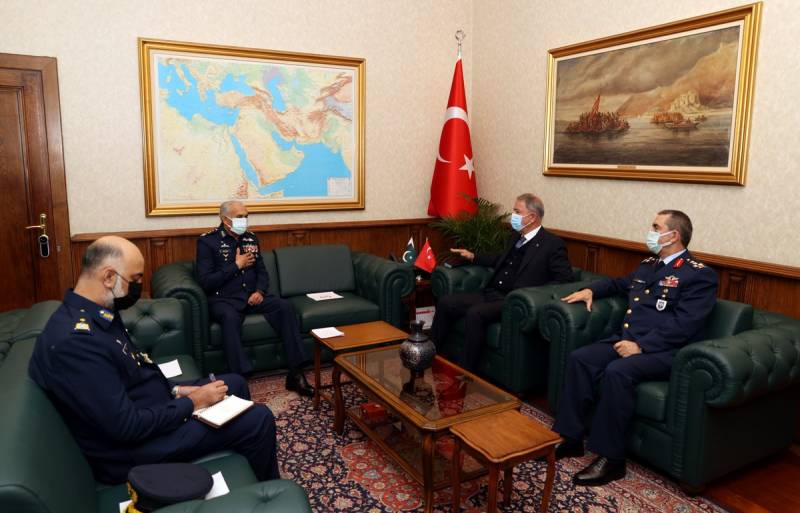 ISLAMABAD – Chief of the Air Staff Air Chief Marshal Mujahid Anwar Khan, who is on a 4-day official visit to Turkey, has held meetings with the senior Military leadership of Turkey and discussed ways to further promote Pakistan-Turkey defence ties.

During these meetings, the Air Chief reiterated his commitment to enhance cooperation with Turkey in the fields of defence production, security and training by capitalizing on the respective strengths of each side.

Both the commanders held detailed discussion on enhancing collaboration and exchanging expertise between the air forces of the two brotherly countries to meet the challenges of the contemporary world.

The discussion included PAF's participation in the Anatolian Eagle multinational exercise in Turkey, Turkish Air force participation in various exercises organized by PAF, exchange and training of pilots and cooperation in defence production.

ANKARA – Chief of Air Staff of Pakistan, Air Chief Marshal Mujahid Anwar Khan is in Turkey on an official ...