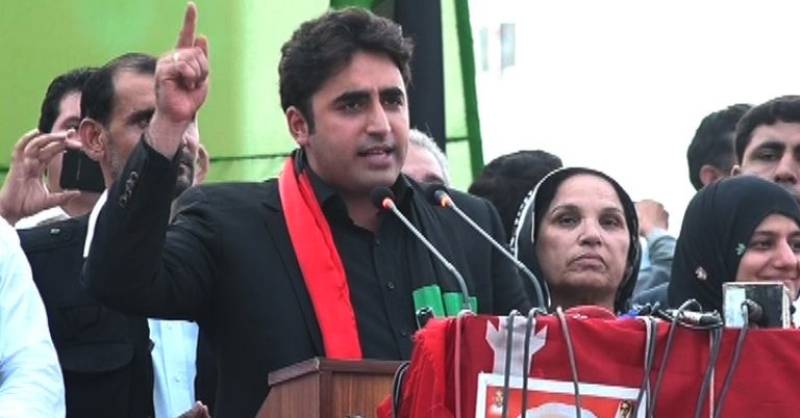 “Modi is that friend of Mian sahib (Nawaz Sharif) whose government committed worst atrocities in occupied Jammu and Kashmir,” Bilawal said while addressing the PPP rally in Rawalakot.

Bilawal said that if PML-N government managed to win upcoming elections for Azad Jammu and Kashmir’s legislative assembly, the message would go abroad that the people of Kashmir have endorsed “Sharif’s friendship with Modi”.

Bilawal said that there was only one university before the party’s government in the valley and now there are 6 universities.

He asked the PPP workers if Nawaz Sharif initiated any new projects other than launching metro bus projects in the country.

Bilawal said that Sharif brothers are not leaders but politicians, who he said, only protect their own interests.

“The end of PML-N government in the government would begin from Rawalakot,” he added