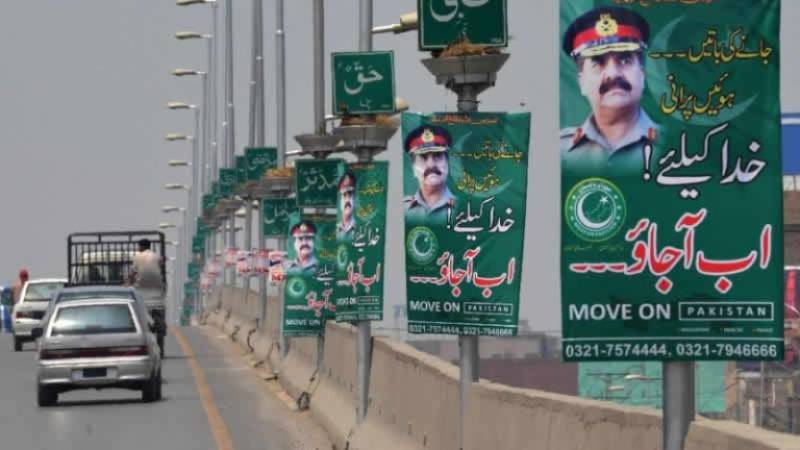 According to media details, FIR registered at Secretariat police station against party head including other leaders of the party.

‘Move on Pakistan’ had put up banners and posters saying: “Khuda ke liye ab aajao” (For God’s sake, take over), indicating a demand for martial law by COAS.

The posters in favour of General Raheel Sharif carry phone numbers of Move on Pakistan party leaders as well.

The posters appeared in Lahore, Karachi and the garrison city of Rawalpindi as well as several army-run cantonment areas, begging the military chief to launch a coup.

Later the banners were removed.

It is pertinent to mention here that Inter-Services Public Relations (ISPR) Director General (DG) Lieutenant General Asim Bajwa earlier stated that the Army has nothing to do with banners having pictures of Raheel Sharif.