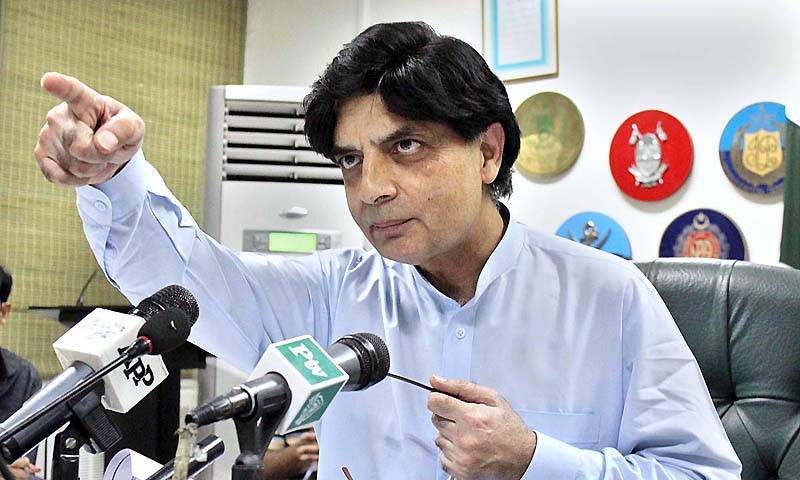 "Neither the minister walked out from the last meeting of the cabinet, nor there was any altercation during the session," a statement issued by the interior ministry quoted Nisar as saying.

The spokesperson urged the media to avoid "illogical speculations and unrealistic comments" in the view of the minister's statement. "A section of media ran baseless news in this regard," read the statement.

"Chaudhary Nisar could not attend the party's parliamentary meeting, held today, due to his personal engagements and this was not the first instance so this should not be misinterpreted," the ministry said, adding that Nisar will present his viewpoint in next few days through media on the prevailing situation.

Interestingly, when a private TV channel, considered to have sympathies with the government, reported that Chaudhry Nisar in the meeting praised the government for maintaining transparency and said the prime minister would come out of the crisis successfully, the interior minister sent a strongly worded rebuttal.

In his rebuttal, Chaudhry Nisar had denied the news report and said what he had stated in the meeting was “opposite” of what the channel reported.