According to a letter being circulated on social media, Maryam was offered better facilities in the jail but she turned it down to be treated as an ordinary inmate.

“I was offered to apply for better class/class facilities by the Superintendent of the jails, as per rules, that I refuse of my own will. This is purely my own decision, taken without any pressure from anyone,” reads the letter supposedly shared by the jail superintendent. 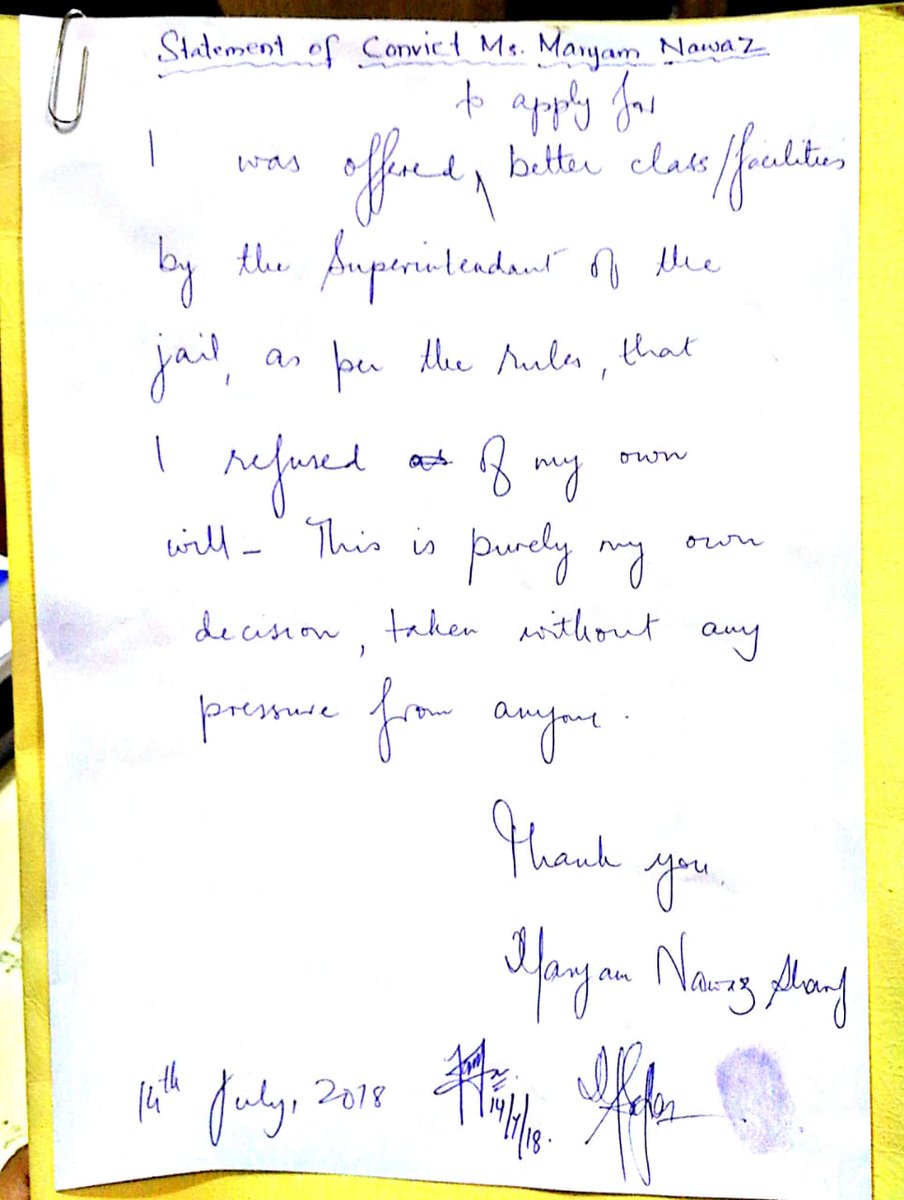 According to jail officials, separate room with attached bath, mattress, television, newspaper, chair and table are given to prisoners in the B-class category.

Maryam has been sentenced to a total of eight years in prison in the Avenfield reference case pertaining to the Sharif family's luxury apartments in London, UK. She was airlifted to Adiala jail after arriving in Lahore from London, where she had spent a month with her ailing mother.

She was arrested along with her father, Nawaz Sharif, by the National Accountability Bureau (NAB) upon their arrival at Lahore airport on Friday night. Soon after their detention, the authorities took them to Islamabad on a special plane from where they were separated and shifted to Adiala jail.