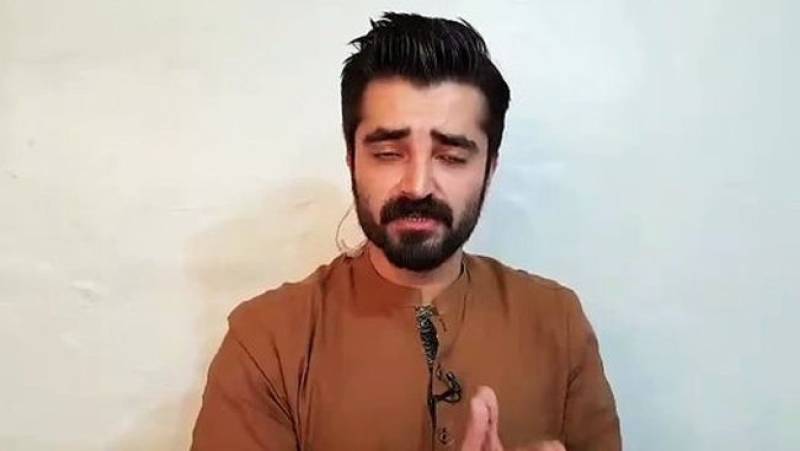 LAHORE: Pakistani TV and film star Hamza Ali Abbassi, never known to take back his words, today backtracked on a statement he made during a live Ramazan show about Ahmadis.

During a live Ramazan show that he hosts on a private television channel, Abbassi had earlier criticized the persecution of Ahmadis in the country and questioned the Pakistani state's authority in declaring a particular sect as non-Muslim.

The statement earned the Pyaarey Afzal star plaudits from prominent figures in liberal and entertainment circles, including Never Forget Pakistan founder Jibran Nasir and film director Adnan Malik. Abbassi has, in the past, been criticized in such circles for a range of positions he has taken on women's rights and religious extremism and intolerance in the country.

Surprisingly, with his most recent statement on Ahmadis, Abbassi seems to have angered the very people who once supported his once conservative-leaning positions.

In a video released on social media and various online discussion forums, Abbassi seemed to take at least part of his controversial statement.

While in his earlier statement the TV star had expressed strong opposition against the state's policy of declaring Ahmadis as non-Muslim, in the video released today, Abbassi started off by accepting that Ahmadis were considered non-Muslim by the majority of Pakistan.

"If a majority of Pakistanis agree that Ahmadis are non-Muslim then I have no objection," he said.

At the same time, however, Abbassi stuck to his guns on the persecution of Ahmadis in Pakistan, arguing that they still have rights under the Pakistani Constitution like other "non-Muslim" groups.

"The debate should actually be about why Ahmadis aren't given their due rights in Pakistan," he explained.

He also questioned why his support for Ahmadis had generated such an uproar. "If I can come on TV and talk about the rights of Christians and Hindus, why can't I do the same for Ahmadis," he asked.

Abbassi also defended his act of speaking out in favor of the marginalized community. "The law [which declares Ahmadis non-Muslim] does not prohibit us from talking about the problems of the Ahmadi community in Pakistan," he said.