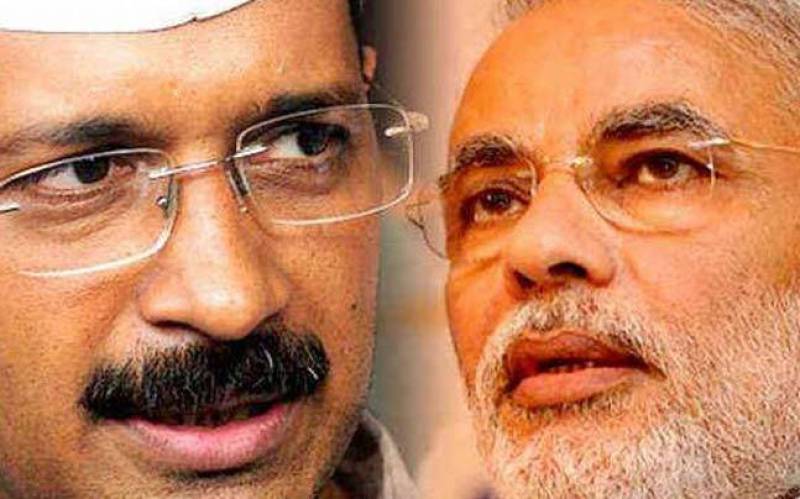 NEW DELHI -Indian national parties the Bharatiya Janata Party and the Aam Aadmi Party have been trading barbs over President Pranab Mukherjee's refusal to sign a Bill that would protect 21 under-pressure AAP legislative assembly members facing the prospect of disqualification.

Delhi Chief Minister and AAP leader Arvind Kejriwal on Tuesday accused Prime Minister Narendra Modi of indulging in political vendetta and said the BJP was unable to digest its defeat in Delhi at the hands of AAP.

In a jolt to the AAP government, President Pranab Mukherjee has refused to give assent to a legislation that protects 21 party MLAs, who have been appointed Parliamentary Secretaries, and face the prospect of disqualification.

“We have given additional responsibilities to our MLAs but they are working for free. Our notification says that they are not entitled to any remuneration, perks, facilities or services from the government,” Mr. Kejriwal told reporters.

“If they are working for free, what is troubling Modiji? If all people are disqualified and made to sit at home, what will they (Centre) derive from this. Modiji hasn’t been able to digest defeat in Delhi and that is why they are doing all this to not let us work,” he added.

The Chief Minister further questioned why Parliamentary Secretaries of other states had not been disqualified.

“There are Parliamentary Secretaries in Haryana, Punjab, Gujarat, West Bengal and across the country. Those in Punjab get Rs 1 lakh per month, car and bungalow as well. But they have not been disqualified. Why only Delhi? Because he (Modi) is scared of Aam Aadmi Party,” he said.

Asked about the Prime Minister’s role in the process as the Bill has been turned down by the President and not him, Mr. Kejriwal said, “President does not take any decision. Probably the file doesn’t even go to him. The decision is taken by the government and Home Ministry decided this."

However, the BJP today responded to Kejriwal and criticized him for questioning the credibility of the President’s office, accusing him of being “obsessed” with attacking Prime Minister Narendra Modi for no rhyme or reason.

BJP spokesperson Sambit Patra said Kejriwal was ‘frustrated” that his flying ambition has crash-landed and asked him not to make the President’s decision a “political issue”.

“Office of the President of India and the Election Commission are independent institutions with great credibility. You (Kejriwal) have certain political ambitions, rightly so under a democratic system, but for god’s sake don’t demean the credibility of the President of India because in the end you are demeaning the democracy of this country,” Patra told reporters at the party headquarters in New Delhi.

Earlier, petitions had been filed with the President seeking disqualification of a number of AAP MLAs on the ground that they were violating constitutional provisions pertaining to the income sources of public representatives.

Acting as a quasi judicial body, the Election Commission to whom the President referred the issue, has sought replies of the MLAs.

However, the Delhi Government, since then, has been pushing for an amendment to the Delhi Members of Legislative Assembly (Removal of Disqualification) Act, 1997, seeking “retrospective” exemption for the parliamentary secretaries from disqualification provisions.

The Bill was forwarded by Lt Governor Najeeb Jung to the Centre, which in turn was sent to the President with its comments.

After examining the issue, the President has not given his assent to the Bill, official sources said on Tuesday.

On March 13, 2015, Mr. Kejriwal had passed an order appointing the 21 party MLAs as Parliamentary Secretaries.