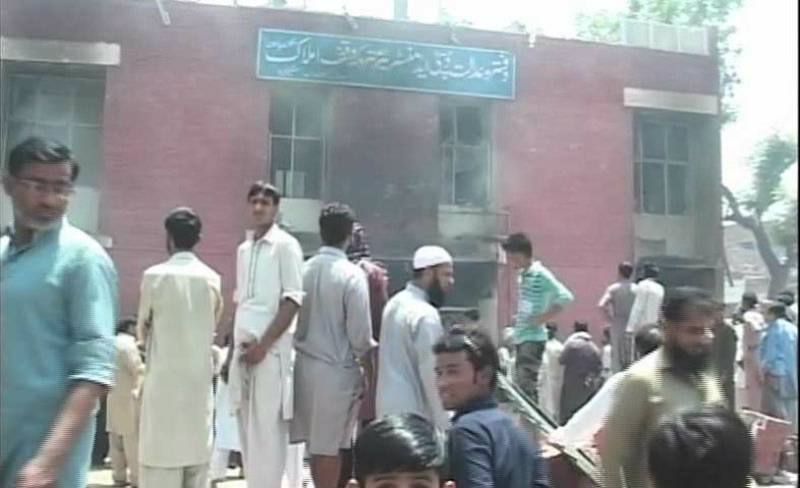 NANKANA SAHIB (Staff Report) - At least two government officials and 14 policemen were critically injured in clashes during an anti-encroachment drive to repossess land of the Evacuee Trust Property Board in Nankana Sahib that is illegally occupied by the public.

The incident took place near Nankana Bypass, when an angry mob set ablaze the office of the Auqaf department and torched two vehicles. They also pelted ETPB Chairman Siddiqul Farooq's vehicle with stones. 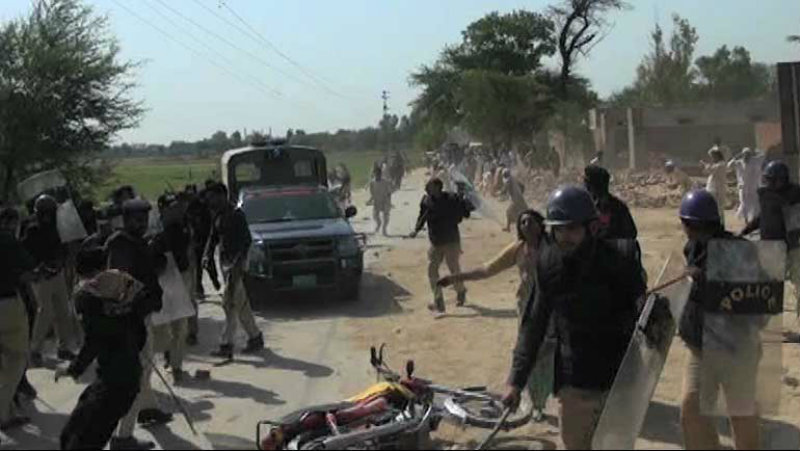 The injured officials and policemen were shifted to DHQ Hospital Sheikhupura for treatment.

According to locals, when they raised structures no one stopped them from doing so and now when they have spent millions of rupees on constructions, they were being razed. 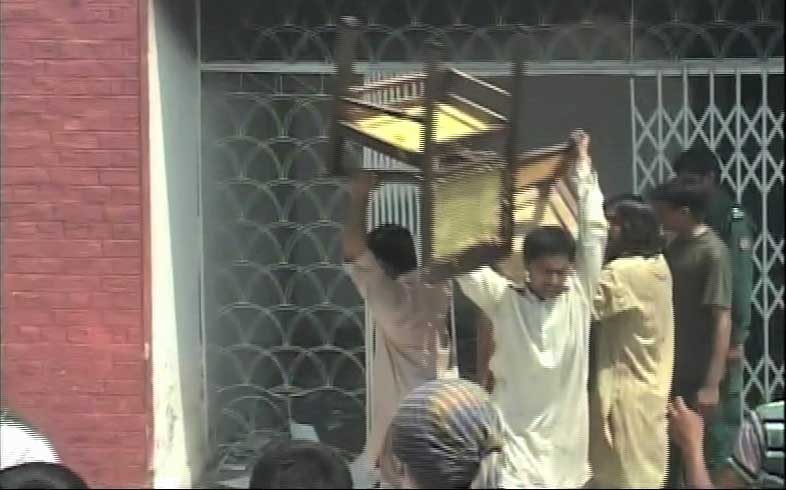 Condemning the incident, ETPB chief Siddiqul Farooq alleged that PML-N MPA Zulqarnain Haider was backing the land mafia and he wanted to kill him.

He further alleged that Riaz was using the PML-N name to legitimize his land-grabbing operation. He also accused Riaz's men of setting the Auqaf department office on fire and attacking the anti-encroachment staff and the police personnel. He said that cases will be registered against all those interfering in state affairs.

“The land is owned by the trust and will be retrieved from them,” he said, adding that he would inform the Chief Minister and IGP Punjab about the activities of the land grabbers.

Punjab Chief Minister Shahbaz Sharif has taken notice of the incident and has sought a detailed report from the IGP.