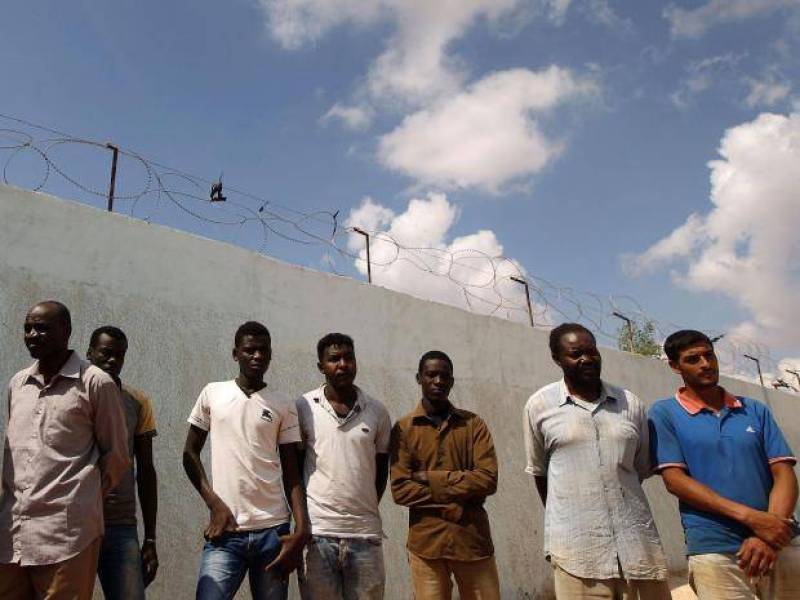 Libya - Slave trade may be considered as abolished but in many countries, the trade is still going in.  CNN has recently obtained a cell phone video in which a Nigerian man is being sold in Libya. The young man appeared to be in his twenties and is wearing a pale shirt and sweatpants.

According to an auctioneer, who remained off camera, the Nigerian man was offered up for sale as one of a group of "big string boys from farm work". The young man was then sold for 1,200 Libyan dinars, equivalent to 800$.

According to CNN, there are more than nine locations where such auctions happen. The slaves being auctioned are usually the refugees who flee the conflict zones or come to the country to find better opportunities in Europe, with the help of smugglers.

The recent clampdown by the Libyan coastguards is leaving the migrants and refugees at the hand of smugglers. So, stranded in Libya, smugglers become masters and refugees become slave and are sold to new masters. The auction starts at $400.

In April 2017, The Burton Wire reported that Africans trying to reach Europe via Libya are sold into slavery in the country. The men are forced into hard labor and women are sold to private Libyans as sex slaves. The female migrants and refugees who make it to Europe are forced into sex slavery by their traffickers.

According to United Nations Human Rights Commission (UNHRC), about 43,000 refugees and asylum seekers are now living in Libya. The UNHRC is facing difficulty to resettle these refugees after many countries have shut their borders for refugees.

Keeping the conditions of these refugees in mind, UNHRC broke a deal with Niger and government of Libya. As a result of the deal, a group of 25 refugees has been evacuated from  Libya to Niger to have resettlement claims processed.

The government of Libya is also investigating the slave auctions and promised to take appropriate steps to stop the slave trade at every cost.

‘Mosquirix’ – WHO approves first malaria vaccine for children in Africa