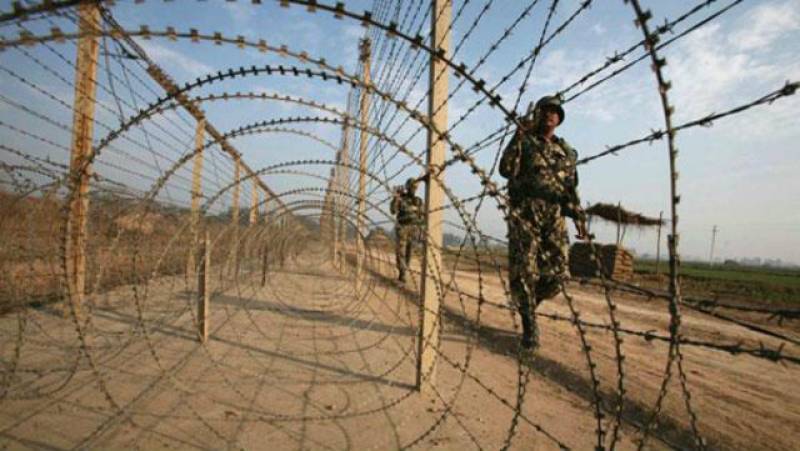 RAWALPINDI - In yet another incident of cross-border firing, Indian forces started unprovoked firing at Pakistan near the Line of Control (LoC) on Tuesday which resulted in the death of an elderly woman, the military’s media wing said.

According to Inter-Services Public Relations (ISPR), Indian forces started the firing near Chirikot area, aimed at the local village population.

“Indian bunkers (were) engaged by Pak troops” after they targeted Kakuta village in Chirikot sector, the Inter-Services Public Relations said in a statement, adding that the 75-year-old victim of Indian shelling was identified as Mehmooda Begum.

The woman, busy in her household chores, was struck by a bullet in her neck. She died on the spot.

Polas Kakuta is located in the closest proximity of the heavily militarised LoC, which has been witnessing frequent ceasefire violations in serious breach of a 14-year truce agreement between the armies of India and Pakistan.

Earlier on Sunday, a child was injured when Indian security forces resorted to unprovoked firing at civilian population across the Line of Control (LoC) in Azad Jammu and Kashmir (AJK).

The injured 10-year-old child was identified as Umar, who was playing in his home in Battal sector when he was hit by a bullet fired by Indian Border Security Force (BSF). He was rushed to a nearby hospital.

Earlier, two women were killed and six others wounded in heavy Indian shelling in the Leepa valley of Muzaffarabad division on October 24.

Interestingly, the same day, the 44th meeting annual between Pakistan Rangers and India’s Border Security Force (BSF) had concluded in New Delhi, where, among many other things, the loss of innocent lives as a result of ceasefire violations and unprovoked firing was also discussed.

The leaders of the two forces had agreed to revive the spirit of the 2003 ceasefire agreement between the two armies to overcome this ordeal.

According to military sources, India has committed around 1,141 ceasefire violations this year — the highest compared to other years since November 2003, when the two armies had struck a historic truce agreement.

As a result of the violations, 42 civilians (24 of them men and 18 women) have lost their lives while another 248 have sustained injuries in different areas of AJK in the ongoing year, according to the State Disaster Management Authority.