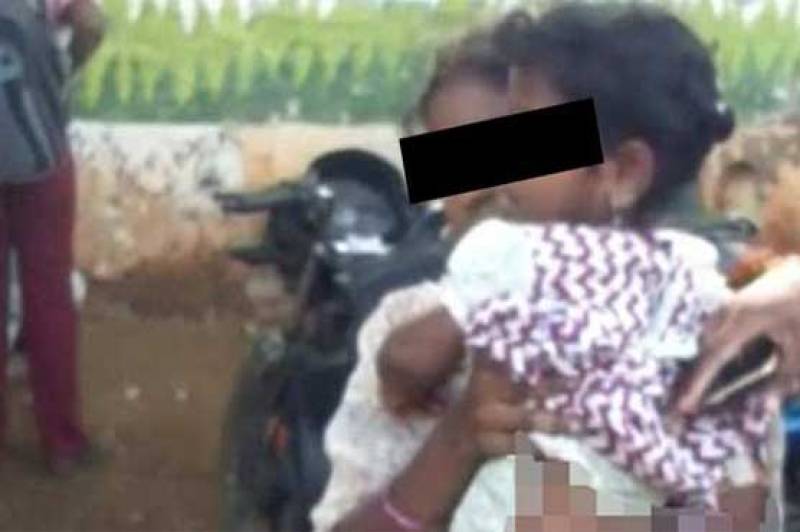 ELURU, ANDHRA PRADESH (Web Desk) - A four-year-old girl has been forced to sit on an iron playground slide - burning hot in the mid-day sun - for urinating in her kindergarten classroom at a private school in Andhra Pradesh, NDTV reported.

The girl sustained severe burns on her private parts due to the incident.

The girl’s parents filed a complaint against the principal Dhanalakshmi and teacher Anajan Devi but the authorities of the school called Hope -- an English medium school in Elluru town -- allegedly refused to take action.

Later, they approached the police who have filed cases against the teacher, the principal and the school ayah under section 325 (voluntarily causing grievous hurt) and 341 (wrongful restraint).

A protest was also held by the locals demanding action against the school authorities.

The state child rights body has taken note of the incident and issued notices to the district collector and Superintendent of Police, asking for details.