Pakistan’s desire for peace must not be considered sign of weakness: Naval Chief Zakaullah 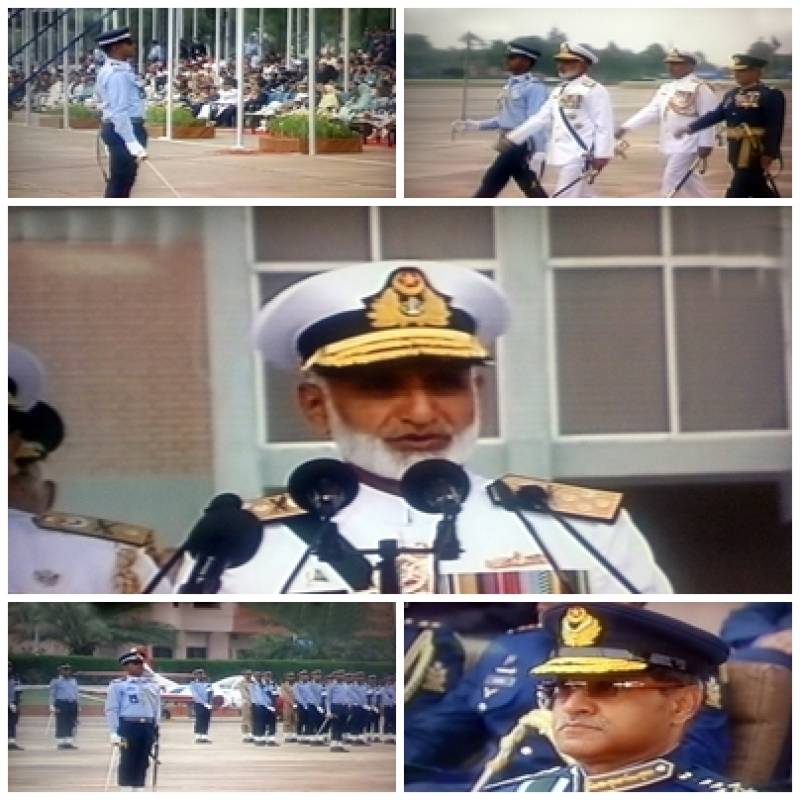 Addressing the passing out parade at Pakistan Air Force Academy Risalpur today, he however said that their desire for peace must not be construed as a sign of weakness.

The Naval Chief said any attempt to browbeat Pakistan would neither succeed nor serve the purpose of peace and prosperity in the region.

He said our valiant armed forces are fully geared-up to give a befitting response in case of any misadventure.

Admiral Zakaullah said in the current security scenario certain extremist elements abetted externally are out to disrupt our peace and harmony. He said our defence forces supported by the nation are fighting the menace bravely and effectively.

He said Pakistan Air Force has extended all out support to Pakistan Army in combating anti-state elements in operation Zarb-e-Azb.

Led from the front PAF has made significant and meaningful contributions in the success of on-going operation against terrorists.