No backdoor diplomacy between Pakistan and India: Sartaj 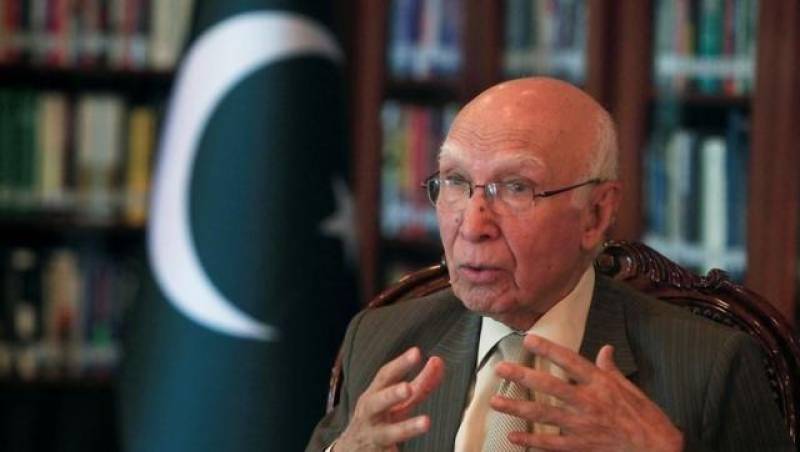 ISLAMABAD - Adviser to the Prime Minister on Foreign Affairs Sartaj Aziz has said that there is no backdoor or track-II diplomacy between Pakistan and India, as such kind of contacts were established on the desire of two sides.

According to Radio Pakistan, Aziz said Pakistan is pursuing various connectivity projects in the region such as CASA-1000 and TAPI gas pipeline.

“Major re-alignments are underway at global and geo-strategic levels, but Pakistan is moving in the right direction”, Sartaj added.

He said Pakistan enjoys good relations with the United States, United Kingdom, European Union, Middle East and other regions of the world.

Aziz’s remarks come as relations between India and Pakistan have soured after the September 18 attack on an Army camp in Uri town of Kashmir in which 19 security personnel were killed.

The relations further dipped after Indian security forces on September 29 carried out surgical strikes at terror “launch pads” across the Line of Control in Pakistan-occupied Kashmir.