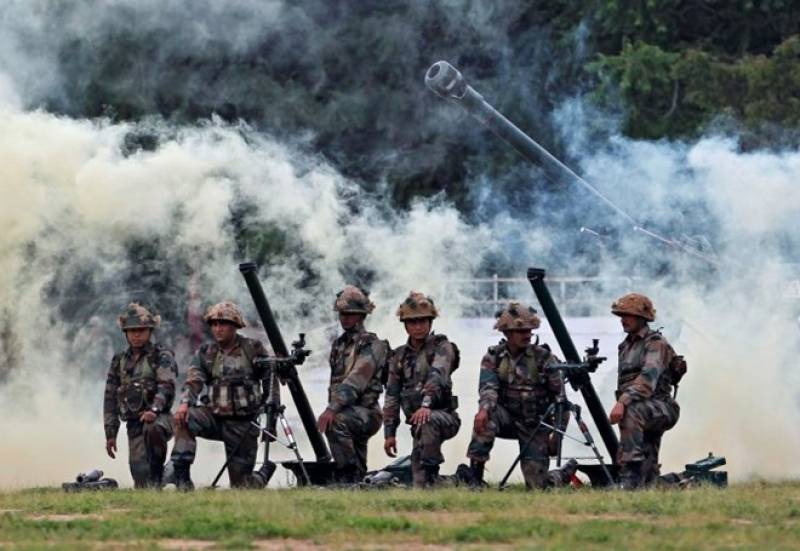 ISLAMABAD (Web Desk) - The Indian foreign secretary in a recent meeting with German ambassador has reportedly spilled the beans on the Indian claims of surgical strike inside Pakistan terming it a "bluff".

Indian media ramped up pressure on Pakistan after the Modi administration boasted of a surgical strike inside Pakistan on September 29 but the information shared by German authorities during a recent meeting with Pakistani officials in Berlin reveals that the Indian Foreign Secretary  S Jaishankar himself termed the surgical strike a 'bluff'.

According to a report by The News,Pakistani official Ms Rukhsana Afzal had been told  by Senior Desk Officer of AfPak Division, Ms Simone Stemmler that during a formal meeting on the issue of the ongoing India-Pakistan tension between German Ambassador to India Dr Martin Ney and Indian FS Subramaniam Jaishankar in New Delhi, “the Indian Foreign Secretary has categorically denied and said that there was no ‘surgical strike’ undertaken by Indian Army inside Azad Kashmir, Pakistan”.

Related: No proofs of any ‘surgical strikes’ on LoC: UN Monitoring Group (UNMOGIP)

Another source expressed that through the claims of surgical strike, India tried to achieve multiple objectives such as highlighting Pakistan as a state sponsoring terror inside occupied Kashmir. Apparently the Indian authorities are gearing up for UP's state election and so the drama of surgical strike was staged purposely.

Soon after tall claims of India, Aam Aadmi Party's chief Kejriwal urged authorities to show proofs of surgical strike but to everyone's surprise no substantial evidence has been put forth by India to vindicate its claim.

On the other hand, Spokesperson for Ministry of External Affairs Vikas Swarup has categorically denied the news adding that the German Ambassador was simply briefed about the surgical strike on September 29.

Our statement on a concocted and baseless News International Pakistan story pic.twitter.com/QcqQTJUM0C

Although the Indian civil-military officials are reaffirming that India actually conducted a surgical strike inside Pakistan, still the non-availability of supporting evidence in this regard raises question marks on Indian claims. Indian journalists also admit that the military did not provide any proof of the much vowed surgical strike.