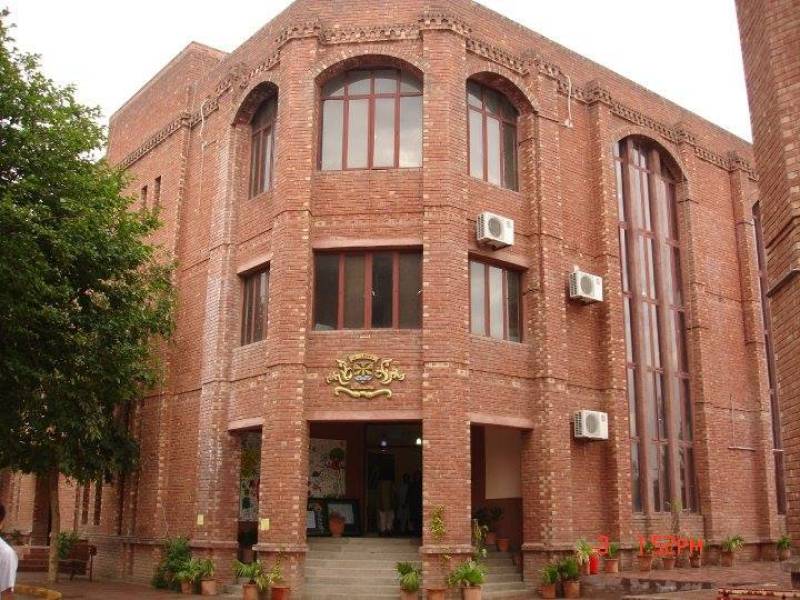 Declaring Punjabi a "foul language", the school administration, in a notification on Thursday, restricted the students to not to speak the language "within and outside the school premises, in the morning, during the school hours, and after home time”.

The school notice, which has gone viral on social media, has met with severe criticism by the organizations working for the promotion of Punjabi - the native language of people in Pakistan's most populated province, Punjab.

Talking to Daily Pakistan, Ahmed Raza, President Punjabi Parchar said, "Enough is enough, we can't afford such tactics of this elite school. The administration must make it clear whether this policy is only for one school or the whole school system," he questioned.

"The Article-251 of the constitution of Islamic Republic of Pakistan binds the provinces to adopt necessary measure for promotion, teaching and usage of regional languages.

"The English medium schools are deliberately making the children of Punjab unaware of their mother language through such bans. To me, it appears to be a blatant attack on Punjabi language, also fanning the linguistic biases in the country," Raza added. 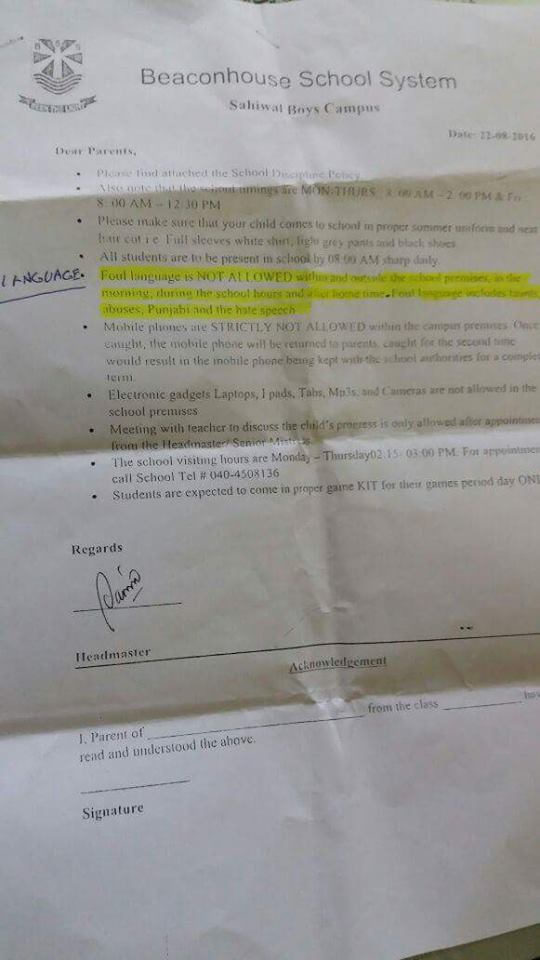 Raza warned that they [Punjabi language activists] will gather under the banner of Punjabi Parchar, an organisation working for the promotion of Punjabi language, to hold a condemnatory meeting on Friday at the office of Pakistan Punjabi Adabi Board in Lahore.

Punjabi organisations, students and teachers from across the province are expected to participate in the protest, Ahmed Raza added.