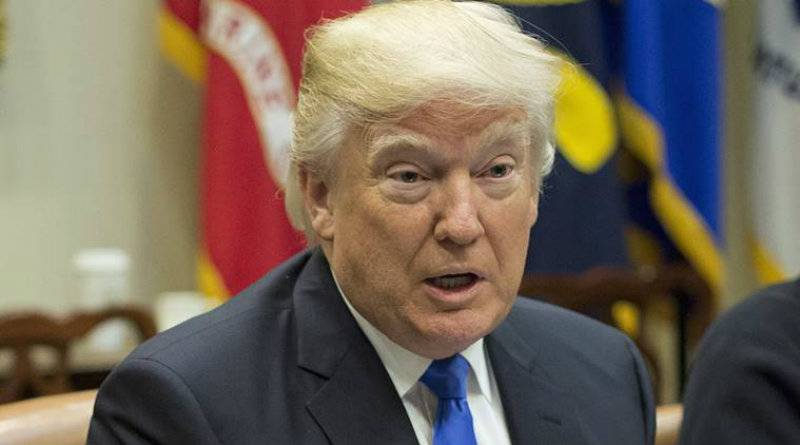 WASHINGTON - US President Donald Trump is expected not to recertify Iran's compliance with the nuclear deal re-imposing sanctions on it.

Trump will announce his move during a speech at White House today. However, the decision to not back the deal will not withdraw the US from the agreement as it just empowers the Congress to decide on the issue within 60 days.

The deal, which is formally known as the Joint Comprehensive Plan of Action (JCPOA), was signed in 2015 limiting Iran's nuclear programme to non-military purposes.

Congress requires the US president to give consent for every 90 days that Iran is following the agreement. Trump has already approved it twice.

Amid reports of scrapping the deal, Trump received heavy criticism from home as well from its allies in Europe, who had restored economic and political ties with Iran after the agreement.

The president has been opposing the deal for a long time and announced during his campaign in election to end the agreement.

However, Secretary of State Rex Tillerson has been trying to woo allies countries in Europe and China.

Defence Secretary James Mattis told a Senate hearing earlier this month it was not in the national interest to abandon it.

JCPOA, commonly know as Iran nuclear deal, is an agreement signed between Iran and the five permanent members of the UN Security Council in 2015 following negotiations that have lasted years.

Iran denying producing nuclear weapons also agreed to bring down the the number of centrifuges installed for enriching uranium.

After the agreement, the United Nations and some European countries lifted the sanctions imposed on Iran. Besides, frozen assets worth $100 billion were also released.

The US also withdrew some secondary sanctions allowing non-US businesses and individuals to carry out commercial activity with Iran.