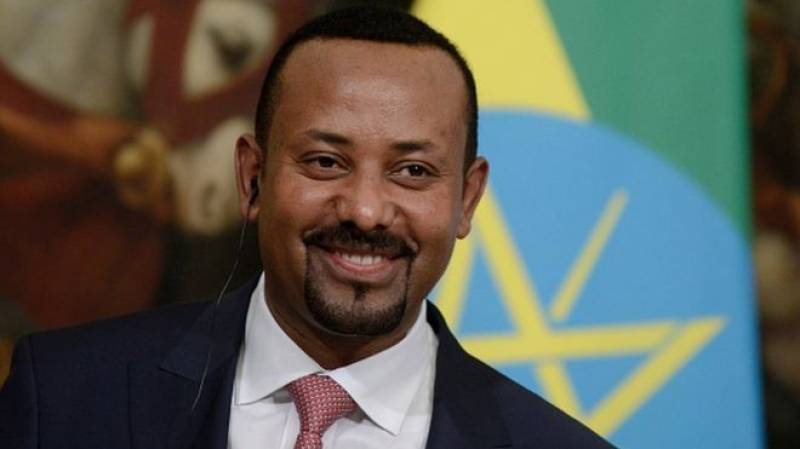 OSLO - Hailed as a visionary and reformer, Ethiopian Prime Minister Abiy Ahmed won the Nobel Peace Prize on Friday for his efforts to resolve the long-running conflict with neighbouring rival Eritrea.

Abiy was honoured "for his efforts to achieve peace and international cooperation, and in particular for his decisive initiative to resolve the border conflict with neighbouring Eritrea," the Nobel Committee said.

Since assuming power in April 2018, after years of civil unrest in the nation, 43-year-old Abiy Ahmed has started mending relations with Eritrea following decades of conflict between the countries.

On July 9, 2018, following a historic meeting in Eritrea's capital Asmara, Abiy and Eritrean President Isaias Afwerki formally ended a 20-year-old stalemate between the countries in the wake of the 1998-2000 border conflict.

A peace deal was signed later that year, and embassies have been reopened and flight routes between the countries resumed.

The continent's youngest leader has instilled a certain optimism in a region of Africa marred by violence.

"There is a wind of hope blowing in the Horn of Africa," UN Secretary-General Antonio Guterres said in September 2018.

The Nobel jury stressed that the Peace Prize was "also meant to recognise all the stakeholders working for peace and reconciliation in Ethiopia and in the East and Northeast African regions."

The Committee singled out Eritrean President Isaias Afwerki for praise, noting that "peace does not arise from the actions of one party alone."

"When Prime Minister Abiy Ahmed reached out his hand, President Afwerki grabbed it, and helped to formalise the peace process between the two countries."

The committee had to choose from more than 300 nominations this year.

This year's prize will be presented at a ceremony in Oslo on December 10, the anniversary of the 1896 death of prize creator Alfred Nobel, a Swedish philanthropist and scientist.

Prime Minister Abiy Ahmed's office said the nation of Ethiopia was proud of his Nobel Peace Prize win, hailing it as testimony to efforts to reform the country and seek peace with Eritrea.

"We are proud as a nation," his office wrote on Twitter after the announcement of Abiy's win.

In a statement, his office further praised the decision as "timeless testimony to the... ideals of unity, cooperation and mutual co-existence that the Prime Minister has been consistently championing".

"Since Prime Minister Abiy Ahmed assumed political leadership in April 2018 he has made peace, forgiveness and reconciliation key policy components of his administration," the statement said.

"At a national level, the release of tens of thousands of political prisoners, granting of amnesty for media entities and political parties charged under the anti-terrorism law to return from exile and engage peacefully, widening the space for political parties... are some notable milestones.

"At the regional level, ending the two-decade stalemate between Ethiopia and Eritrea has opened up a new dimension of possibilities for co-operation between the two countries."

The statement also pointed to Abiy's attempts to reconcile differences regionally, among countries across the Horn of Africa.

However, despite Abiy's moves for peace, the Eritrea deal has been undermined by a lack of tangible progress on critical issues like border demarcation.

Hopes that it may lead to an opening up of one of the world's most isolated countries, and the ending of forced military conscription have also yet to bear fruit.

Eritrea's ambassador to Japan, Estifanos Afwerki, on Twitter hailed the decision, saying the people of Eritrea and Ethiopia "with blood, sweat (and) tears have won again over evil."

The historic rapprochement between the two countries "has opened up new opportunities for the region to enjoy security and stability," he said in a statement, adding that Abiy's "leadership has set a wonderful example for others in and beyond Africa looking to overcome resistance from the past and put people first."