US and Israel withdraw from UNESCO over 'anti-Israel bias' 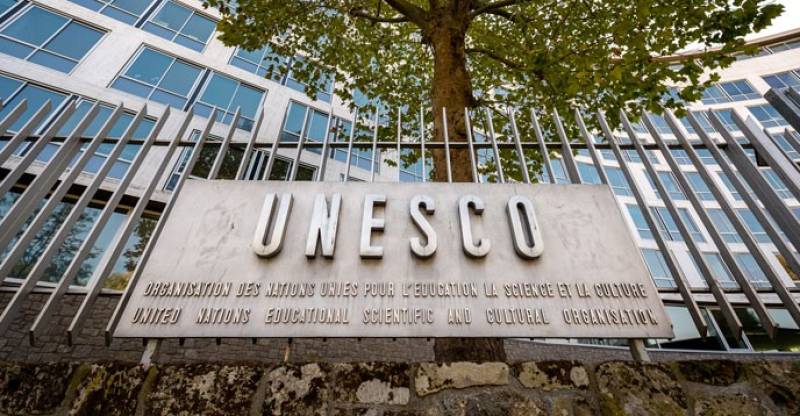 WASHINGTON- US, on Thursday, announced that it is withdrawing from the United Nations Educational Scientific and Cultural Organization, while accusing the UN body of anti-Israel bias.

According to the State Department Spokesperson Heather Nauert, The "Department of State notified UNESCO Director-General Irina Bokova of the US decision to withdraw from the organization and to seek to establish a permanent observer mission to UNESCO".

Another reason to withdraw from the organization is the mounting membership dues owed to the international body, cited State Department.

Following U.S's lead, Israel too announced its withdrawal. Israel called the US administartion's decision "courageous and moral", and blamed UNESCO of becoming a "theatre of the absurd".

Benjamin Netayanu's office issued a statement saying, "The prime minister instructed the foreign ministry to prepare Israel's withdrawal from the organisation alongside the United States,"

Irina Bokova, the outgoing UNESCO head, called the US-Israel withdrawal a "loss to multilateralism", saying she is convinced that "UNESCO has never been so important for the US, or the US for UNESCO".

The outgoing UNESCO head further added, when "conflicts continue to tear apart societies across the world, it is deeply regrettable for the United States to withdraw from the United Nations agency promoting education for peace and protecting culture under attack,"

The US was angered when UNESCO members granted Palestine full membership of the body, despite opposition from US and Israel, in 2011. Ever since then US stopped paying its dues to the 195-member organizations but didn't officially withdraw.

The US opposes any move by UN bodies to recognize Palestinians as a state, insisting that this must await a negotiated Middle East peace deal.

UNESCO is a Paris based agency and is best known for its work to preserve heritage and culture, including maintaining a list of World Heritage sites, and programmes to promote education in developing countries.