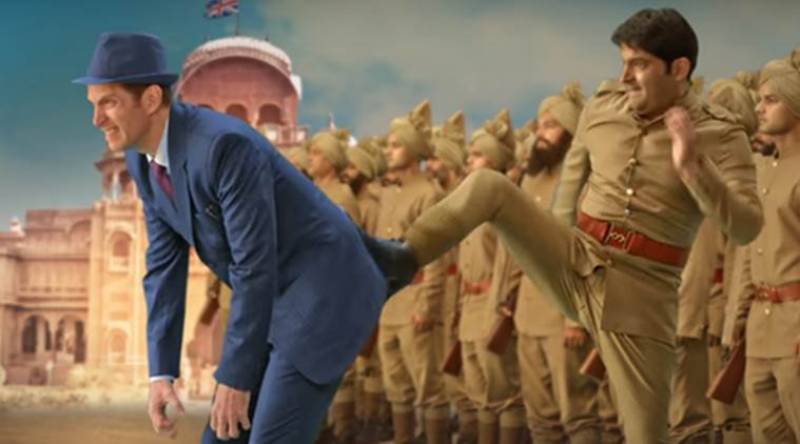 The 36-year-old comedian shared the first motion picture of his film 'Firangi' (also his debut film as a producer) on his Twitter account.

Kapil is dressed up as a sepoy and can be seen kicking an army general, who is in fact a Britisher as shown in the trailer. The film is a period drama set in the 1920s and promises the satire and comedy that Sharma is very well known for.

Kapil has been very dedicated  for the release of his film Firangi. He has stopped shooting for new episodes of his comedy show, The Kapil Sharma Show to completely put his creative energies into the project. During a Twitter chat, Kapil Sharma said that he would soon come back on television to make his audience laugh but only after Firangi’s shoot is done.

Firangi will also feature Ishita Dutta, Monica Gill and Raju Srivastava and is expected to release on November 24.