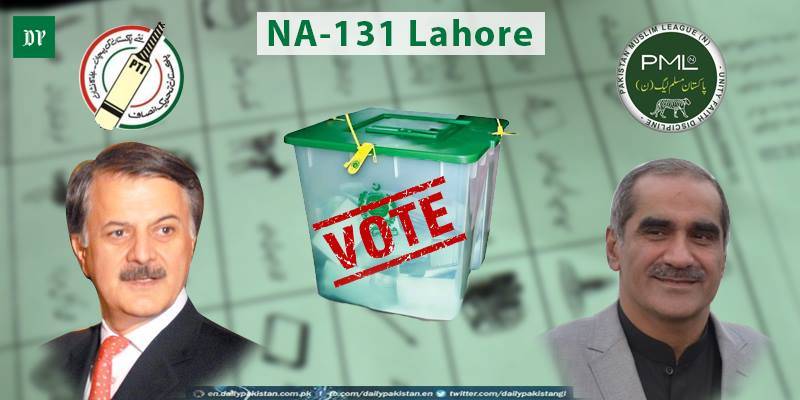 Although a tough competition is being expected between two former federal ministers in the Lahore's most important seat which is comprised of areas including Cantt, DHA, parts of Chungi Amar Sadhu, Ghazi Road and areas falling close to the Allama Iqbal International Airport.

As many as 28 independents are also vying for the seat which fell vacant after Imran Khan, who had won on July 25, decided to retain his Mianwali constituency.

Humayun Akhtar Khan is back in election arena with a gap of 10 years, after he suffered defeat in 2008 general elections from both National Assembly seats, NA-124 and NA-125 he was contesting from.

On the other hand, Khwaja Saad Rafique, who suffered the first defeat of his political career in the general elections in 2018, is also actively participating in electioneering to make a comeback. Saad Rafique is already a sitting MPA.

Humayun Akhter Khan, who is a son of former DG ISI late Gen Akhter Abdul Rehman, made his electoral debut in the 1990 general elections as the candidate of Islami Jamhuri Ittehad.