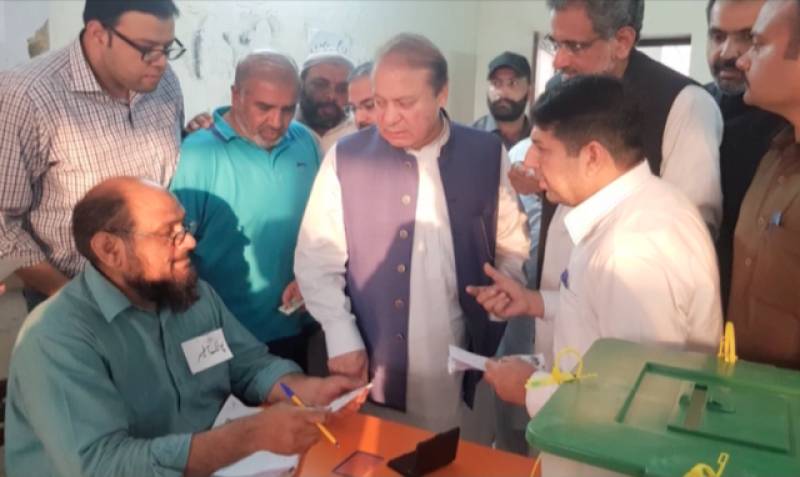 Lahore - Former prime minister Nawaz Sharif could not cast his vote in by-elections as the ousted premier did not carry his National Identity Card (NIC) when he arrived at the polling station.

Nawaz Sharif, his daughter Maryam Nawaz and other family members including his mother arrived at Government Technology college Lahore to exercise his right to vote.

The PML-N Quaid had reached a polling station of NA-124 (Lahore) at 4:40 pm and was received by Shahid Khaqan Abbasi.

However, Nawaz was not allowed to cast vote as he failed to produce his CNIC.