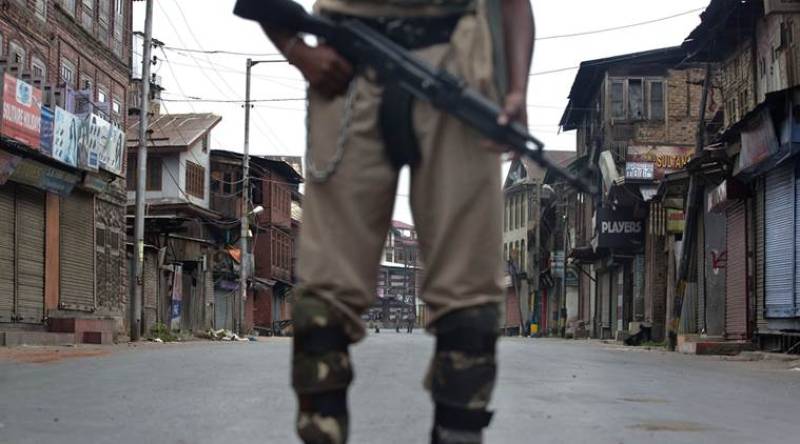 UNITED NATIONS - The deteriorating situation in Indian-held Kashmir has now made it crucial to establish an independent, impartial and international mission, the UN human rights chief has said while regretting India’s lack of response to his request for access to its controlled part of the disputed state.

High Commissioner Zeid Raad Al-Hussein told the Geneva-based Human Rights Council that he received a letter from the government of Pakistan on September 9 formally inviting a team from his office to visit Azad Kashmir but only in tandem with a mission to the Indian side.

“I have yet to receive a formal letter from the government of India. I, therefore, request here and publicly, from the two governments, access that is unconditional to both sides of the line of control,” he said.

“Two months ago, I requested the agreement of the governments of India and Pakistan to invite teams from my office to visit both sides of the line of control: in other words the India-Administered Jammu and Kashmir and Pakistan-Administered Kashmir,” Zeid Raad Al-Hussein said in remarks delivered on Tuesday at the opening session of HRC.

“We furthermore received conflicting narratives from the two sides as to the cause for the confrontations and the reported large numbers of people killed and wounded. I believe an independent, impartial and international mission is now needed crucially and that it should be given free and complete access to establish an objective assessment of the claims made by the two sides,” he said.

The top UN official also said that they continue receiving reports of Indian forces using force excessively against the civilian population under its administration.

Clashes between Indian security forces and Kashmiri protestors erupted after a popular Hizbul Mujahideen leader Burhan Wani was killed by in a military operation in July.

Despite brutal tactics used by Indian troops to crush the uprising, protests have continued for 66 days. More than 80 people have been killed, over a hundred blinded by deadly pellet guns and thousands more wounded in one of the bloodiest summers the region has witnessed in the last five years.

In spite of a lockdown, anti-India protesters have called for a march to the UN office in Srinagar. Tensions have been further heightened due to Eid-ul-Adha, with heavy deployment of Indian troops across the valley even though there is a continuing ban on public assembly this year.

to these violations are termed “biased”, “irresponsible”, “misleading” or based on “false” premises, Zeid said in a hard-hitting statement.

Quoting the Vienna Declaration which states that “the promotion and protection of all human rights is a legitimate concern of the international community”, he argued that human rights were not exclusively a national issue.

Apart from India and Pakistan, the high commissioner referred to Syria, Venezuela, Turkey, Ethiopia, Gambia, Burundi, China, Nepal, the US (for refusing access to Guantanamo Bay), Israel, Iran, North Korea, among other countries for non-cooperation with UN human rights mechanisms.

“Human rights violations will not disappear if a government blocks access to international observers and then invests in a public relations campaign to offset any unwanted publicity.

On the contrary, efforts to duck or refuse legitimate scrutiny raise an obvious question: what, precisely, are you hiding from us?” he said.