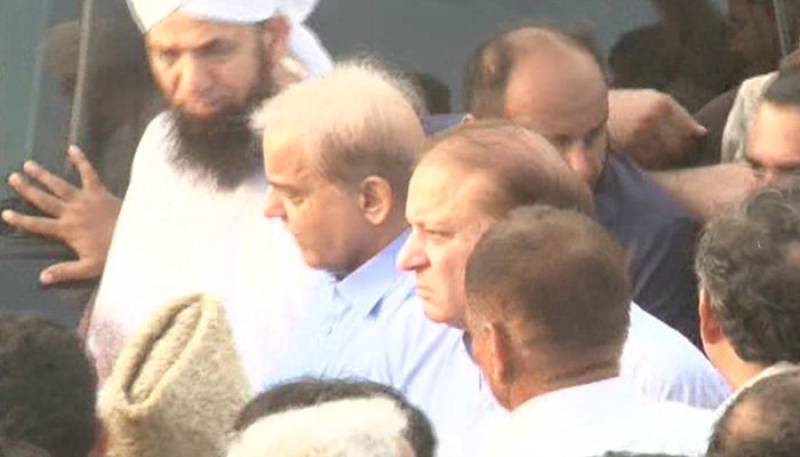 The funeral prayers were led by Maulana Tariq Jameel. Kulsoom Nawaz will be laid to rest in Jati Umra next to the resting place of her father-in-law Mian Sharif and brother-in-law Abbas Sharif.

The leadership of the Pakistan Tehreek-e-Insaf including Punjab Governor Chaudhry Sarwar and NA Speaker Asad Qaiser attended the funeral prayers.

Earlier, Pakistan International Airlines' (PIA) flight PK-758 carried the casket of the former first lady, landed at the Allama Iqbal International Airport in the wee hours where the relatives received the body amid sobs and tears.

The casket was shifted to Sharif Medical City' mortuary where the former premier and other members of the family had a glimpse of the deceased.

All preparations for the funeral were completed, while strict security measures were taken in this regard.

Nawaz's sons - Hassan and Hussain - did not come to Pakistan and they had offered their mother's funeral prayers in London.

LONDON - Members of the Sharif family gathered at the Regent Park Mosque in London for the funeral prayers of Kulsoom ...

Meanwhile, former premier Nawaz Sharif, his daughter Maryam and son-in-law Captain (r) Safdar were released on parole for a period of five days to take part in the burial of Kulsoom Nawaz.