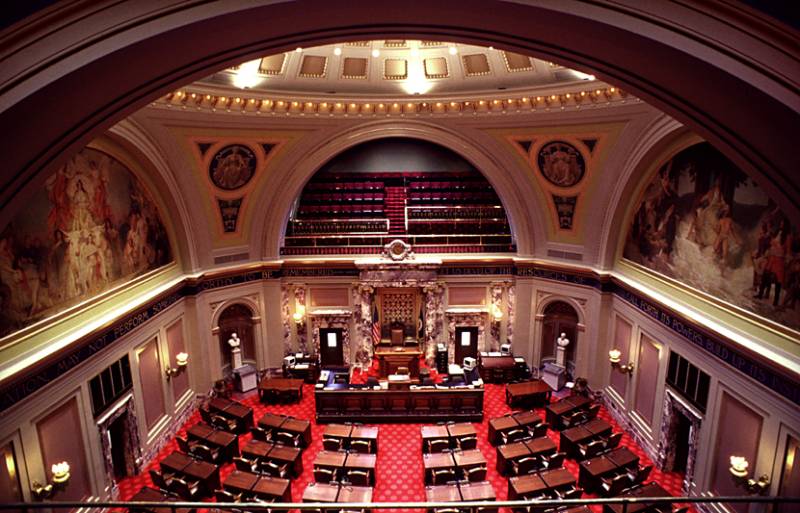 ST PAUL, MINNESOTA (Web Desk) - The Minnesota Senate voted to keep rules banning senators from making eye contact during floor debate and from having drinking water on the floor.

Senator Warren Limmer, R-Maple Grove, spoke in favour of striking the rule that bars senators from looking at one another during floor debate, requiring them to instead keep their eyes on the Senate president.

"I find this particular rule of the Senate, dare I say, antiquated," Limmer said.

However, Senate Majority Leader Tom Bakk, D-Cook, said the rule is still relevant to the process. He said looking at one another during debates could cause deliberations to become personal.

"Our decorum would probably not be as Senate-like as we would like to have it" if the rule was changed, Bakk said.

The body also voted 10-51 Monday to keep a longstanding ban on beverages, including water, on the floor of the Senate.

The votes earned the Senate some ribbing on Twitter from colleagues in the Minnesota House of Representatives.

"Long Live the House! Where even Senators can come over and drink water on the House Floor," Rep. Tim Sanders, R-37B, tweeted.