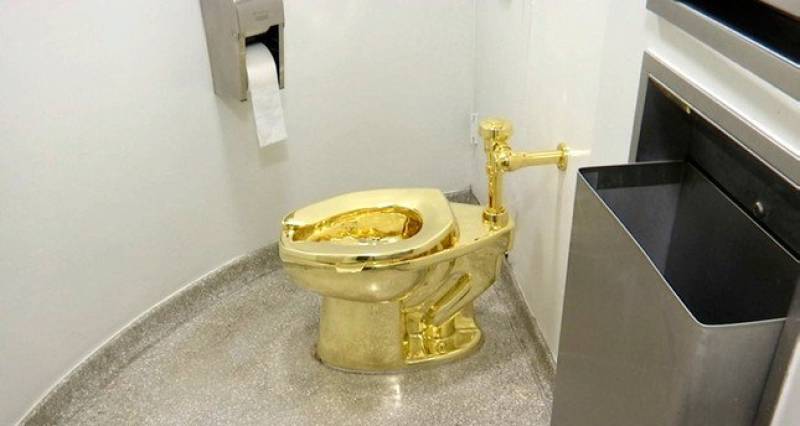 LONDON – A gang of thieves on Saturday stole an 18-carat gold toilet from an art exhibition at Britain's Blenheim Palace, police said - causing flooding to the World Heritage Site.

The fully-functioning piece by Italian artist Maurizio Cattelan, dubbed "America", was once displayed at New York's Guggenheim museum and offered on loan to US President Donald Trump.

A 66-year-old man has been arrested over the theft at the 18th-century stately home in Oxfordshire, where an exhibition of Cattelan works opened on Thursday.

"The offenders broke into the palace overnight and left the scene at about 4.50am (0350 GMT). No-one was injured during the burglary," local police said.

Detective Inspector Jess Milne said: "The piece of art that has been stolen is a high-value toilet made out of gold that was on display at the palace.

"Due to the toilet being plumbed into the building, this has caused significant damage and flooding.

"We believe a group of offenders used at least two vehicles during the offence.

"The artwork has not been recovered at this time but we are conducting a thorough investigation to find it and bring those responsible to justice."

Blenheim Palace, a UNESCO World Heritage Site, was closed to the public on Saturday morning due to "an incident", but it did not give further details.

The palace is home to the 12th duke of Marlborough and his family, and was also the birthplace of British wartime leader Winston Churchill.